BOSTON — Friday afternoon’s Celtics-Brooklyn Nets game was one of those rare occasions when a visiting player receives by far the loudest ovation during pregame introductions.

As that player lifted his hand to the TD Garden crowd, applause raining down around him, Celtics coach Brad Stevens leaned over to newly acquired forward Jae Crowder, who joined the team just last week.

“You know,” Stevens told him, “if you play the right way here, people appreciate it.”

That player, of course, was Kevin Garnett.

The future Hall of Famer, who spent six seasons in Boston and helped lead the Celtics to their 2008 NBA title, returned to Causeway Street for what might have been the final time Friday. Fans in Boston experienced a similar scenario last month, when Paul Pierce’s Washington Wizards made their one and only visit this season, and they afforded both stars the warmest of welcomes.

The Garden roared during the big man’s intro and again when he pounded his chest, received the opening tip and football-snapped it between his legs — a routine folks in Boston have seen time and again.

Garnett’s impact on the game itself was minimal — he finished with six points and four rebounds in 17 minutes in a 109-107 Nets win — but even if he had torched the C’s for 40 and 20, the reception would have been the same.

?It?s always love here,” Garnett said after the game. “It?s always appreciation that I can never give back, other than the salute. Winning is infinite, and I?ll always have that special relationship with this city.”

As crazy as it sounds, Garnett has been an NBA player for more than half of his life. And as the 38-year-old plows through his 20th professional season, even a fierce competitor like himself won’t deny the fact that the end of the line is fast approaching.

?At this stage, it?s always somewhere lurking in the back (of my mind), whether I admit it or not,” Garnett said. “But being truthful with you, sometimes (I think about it). I saw Paul the other day — he was in town to play the Knicks — and we had a conversation. At this stage, you know things are … not taken for granted, but appreciated.

?I take everything with appreciation,” he continued. “Not to say I didn?t before, but more than ever when it?s kind of your last stage. I don?t really know what you want to call it, but it?s more appreciated, especially with everything going on with the league, movement and what things could be — I?m very fortunate.”

Garnett sounds like a man content with his place in the basketball world. When it comes time to move on, he will do so gracefully. But, as the man who coached against him Friday pointed out, Garnett still has quite a bit of gas left in the tank.

?My general thought is that he looks like he has too much energy to retire,” Stevens said. “Whether it?s talking to our players, talking to our bench, talking to his teammates, the passion which he brings to the game is top-notch. And I think you can learn a lot from a guy like that if you?re a young guy that?s never been around him.” 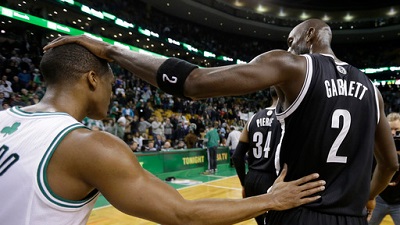 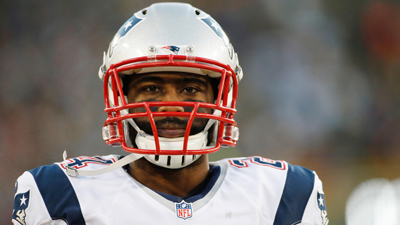 Adam Schefter: Darrelle Revis’ Future With Pats Will ‘Come Down To Money’