Pedro Martinez is a Jon Lester fan, and he’s among the many who’d like to see the left-handed ace return to Boston.

Martinez is in the Dominican Republic for Red Sox designated hitter David Ortiz’s celebrity golf tournament where Lester’s free agency is a hot-button topic. Ortiz has already weighed in, lobbying for Lester’s return, and now Martinez is voicing his desire for the Sox to re-sign Lester.

?I think having ?a Lester? — which I think there?s only one — is probably the biggest move the Red Sox should be doing,? Martinez said Friday, according to the Boston Herald.

The Red Sox are thought to be among a handful of teams interested in signing the free-agent Lester. Boston, Los Angeles Dodgers, San Francisco Giants, New York Yankees and the Chicago Cubs are thought to be the teams reportedly looking to sign Lester.

None of those teams knows what Lester is capable of more than the Red Sox, and Martinez thinks that should be a big factor for the Red Sox.

?You just look at track records,? Martinez said, according to the Herald. “Lester, if you ask me, mechanically solid, fundamentally solid, pitches with no stress, doesn?t look like he breaks a sweat, hard worker, dedicated, good in the clubhouse. All those things add up to the value of one single player. I think Lester supplies all that.? 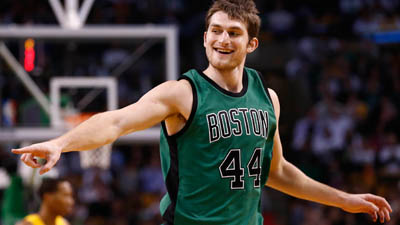 Tyler Zeller-Rajon Rondo Connection Clicking On All Cylinders For Celtics