FORT MYERS, Fla. — The Boston Red Sox have no desire to hand the keys to someone else.

John Farrell’s two-year ride as manager of the Red Sox has included bumps along the way, but general manager Ben Cherington and Co. haven’t lost any faith in the skipper’s ability to navigate the road that lies ahead.

“On behalf of ownership, there’s no question in our minds that John is the right man to manage this team,” Cherington said Saturday at JetBlue Park after announcing Farrell signed a two-year contract extension with the Red Sox. “We want and we expect him to be here for a long time.”

Farrell’s new deal runs through the 2017 season and includes a club option for 2018. The 52-year-old was set to enter the final year of his previous contract, but, according to Cherington, the Red Sox at the beginning of the offseason prioritized locking up Farrell before spring training.

A 71-91 record in 2014 did little to change the organization’s opinion of the manager.

“There’s a lot that goes into the manager’s job in Boston. What happens between innings one and nine is just a very small part of it,” Cherington said. “John is one of the few guys we think has the ability to thrive and excel in everything that comes along with being a manager in Boston. That shows to us he’s the right guy. We want to be working together as a group for a long time.”

Farrell managed the Toronto Blue Jays for two season before landing his current gig with the Red Sox. Prior to that, Farrell served four seasons as Boston’s pitching coach under former manager Terry Francona. There’s obviously a lot of familiarity between Farrell and the club’s front office. It’s part of the reason the Sox didn’t bat an eyelash with regard to his job status despite underachieving last season.

“I see the job, especially in Boston, as one that’s multifaceted,” Cherington said. “Yes, you have to make decisions during a game. But you’ve got to be able to communicate with all sorts of different people and players, staff, front office, ownership, and (people) external to the organization, too.

Farrell’s first season as manager of the Red Sox was a smooth ride to World Series glory. His second season was like drilling the rumble strip. Farrell never has lost control of the vehicle, though.

He’ll stick around in the driver’s seat for the foreseeable future. 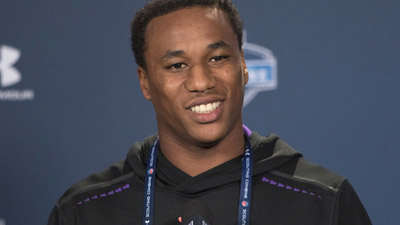