The Boston Celtics did not stay quiet at the trade deadline.

According to multiple reports, the Celtics have acquired point guard Isaiah Thomas from the Phoenix Suns for guard Marcus Thornton and a 2016 first-round draft pick that originally belonged to the Cleveland Cavaliers.

Yahoo! Sports’ Adrian Wojnarowski was the first to report the trade, which was finalized shortly before Thursday’s 3 p.m. deadline.

The Celtics’ interest in Thomas initially was reported Wednesday, when it was rumored that the Suns could trade him to appease disgruntled point guard Goran Dragic. Phoenix ended up acquiescing to Dragic’s demands and shipping him out, reportedly to the Miami Heat, but then decided to deal Thomas, too.

Boston also showed interest in the 26-year-old Washington product this past offseason, before he joined the Suns on a four-year, $27.5 million contract. Thomas has played well in the first year of that deal, averaging 15.2 points and 3.7 assists in a reserve role while posting a 19.7 player efficiency rating. (Tyler Zeller leads all Celtics this season with a 19.4 PER.)

It remains to be seen how head coach Brad Stevens will use Thomas and rookie point guard Marcus Smart, who recently took over as the Celtics’ starter.

In Thornton, the Suns will receive a spark plug-type guard who can score in bunches off the bench and played some of his best basketball of the season in the weeks leading up to the All-Star break. Thornton is averaging 8.9 points per game this season.

The Celtics visit the Suns on Monday night.

UPDATE (10:40 p.m.): The Celtics officially announced their acquisition of Thomas and a 2016 first-round pick in exchange for Thornton. The team also announced its trade involving veteran swingman Tayshaun Prince. 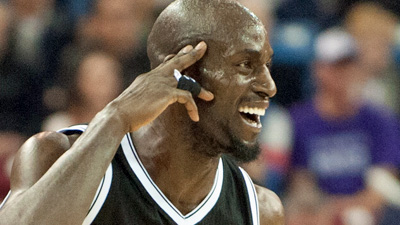 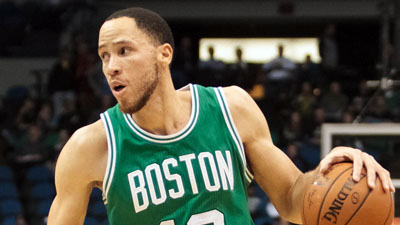