The Boston Red Sox’s offense came alive Saturday, but off-field developments took up a majority of the focus.

Uehara still had some discomfort in the hamstring during his session, which could push his timetable back. The team hoped the 39-year-old would throw in game action Monday and pitch a total of three Grapefruit League games before Opening Day.

Uehara’s status for Monday is in question, but manager John Farrell still hasn’t ruled out his closer being available for the start of the season.

“Realizing that we’re 10 days or nine days from opening, even if Koji were to get in a couple of games, I think, we’d still remain open-minded to beginning [with him],” Farrell told reporters Friday, via MLB.com. “We’re talking about a one-inning reliever, a veteran guy, who has been able to keep his arm in shape, at least through long toss and at least some flatground. This is still day-to-day at this point.”

Let’s check out a couple other notes from Red Sox camp.

The young Red Sox catcher told reporters Saturday that an MRI found “something” in his throwing elbow, and while he hopes it’s not bad, Vazquez said he’d be seeking a second opinion.

Farrell wasn’t too optimistic, admitting that the 24-year-old probably won’t be ready for Opening Day. That likely would leave the starting catching duties to 34-year-old Ryan Hanigan, who hit .218 in 84 games played last season as a member of the Rays.

— The bats were as warm as the Florida weather Saturday.

The heart of the order led the offensive charge for Boston, as cleanup hitter Hanley Ramirez and No. 5 hitter Mike Napoli each drove in two runs. Ramirez ripped an RBI double to left field in the third inning and added a sacrifice fly in the first, while Napoli launched a two-run homer in the third.

The first five spots in the Sox’s lineup drove in eight of the team’s nine runs. 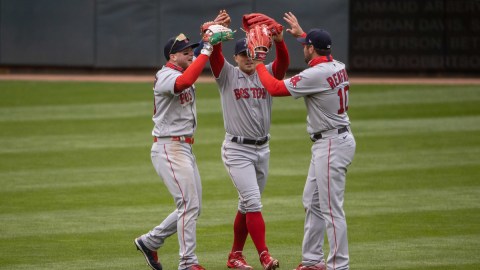 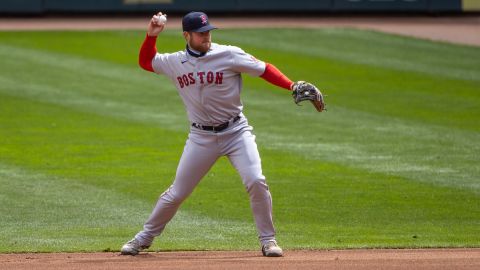 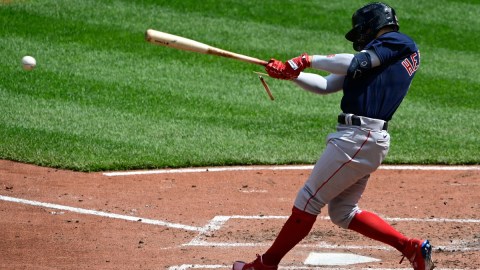