Were Pablo Sandoval Worries At Heart Of Allen Craig Third Base Experiment? - NESN.com Skip to content

Remember a few months ago when the Boston Red Sox toyed with the idea of Allen Craig playing some third base? Heck, he even played five innings down at the hot corner in a spring training game.

Well, it all kind of makes sense now.

The concept at the time was simple. And still is, really. Why not try to expand Craig?s versatility, thus creating more opportunities for him to garner consistent at-bats?

There also was a widespread presumption the Red Sox perhaps were looking for a way to boost Craig?s trade value, which seemingly hit rock bottom after his horrendous finish to a disappointing 2014.

But looking back on the offseason/spring experiment that never quite got off the ground, could the Red Sox?s spit-balling — because that?s all it really was — have been predicated on something beyond just broadening Craig?s horizons?

While the Red Sox clearly didn?t sign Sandoval to a five-year, $95 million contract thinking he?d be incapable of hitting lefties, they absolutely entered into the agreement knowing that hitting lefties probably wouldn?t be one of the 28-year-old?s strengths and that, in fact, it could be a weakness.

It?s part of doing one?s homework, and the Red Sox ultimately decided the good — Sandoval?s production against righties, his underrated defense, his positive personality and his propensity for stepping up in the clutch — outweighed that single potential pain point. Can?t fault them for that.

You could argue Sandoval?s glove work alone mitigates any concern about him not producing against lefties. He plays a good third base, which is especially valuable for a team, like the Red Sox, that?s filled with ground ball pitchers.

But if you?re manager John Farrell or GM Ben Cherington, and going into the season you?re simultaneously trying to figure out a way to combat Sandoval?s potential flaw and give Craig the at-bats necessary for him to turn things around, isn?t it at least worth having a conversation centered on third base? After all, Craig played third in the minors and a few times early in his big league career, albeit not too effectively.

In the end, nothing came of the Craig-third base chatter. And perhaps Sandoval, who has no plans to abandon switch-hitting, will benefit from the extra work he?s putting in with hitting coach Chili Davis and improve against lefties in the not-so-distant future. The whole experiment — if you want to call it that — is worth reflecting on, however, because Sandoval?s imperfection is coming to the forefront and Craig, a right-handed hitter, entered Wednesday with only two starts through Boston?s first 15 games.

Chances are the Red Sox will ride with Sandoval against most left-handers in the hopes his two-year stretch of inconsistency in that area subsides. Brock Holt, meanwhile, is a logical Plan B when Panda receives a day off, as he?s a spark plug who actually has better career numbers against lefties than righties — despite being a left-handed hitter. (Hanley Ramirez, who has third base experience, isn?t much of an option because his transition to left field has been tricky enough.)

It?s too bad for the Red Sox the very, very brief consideration never went anywhere, even if it was a long-shot scenario from the beginning based on Craig’s defensive aptitude. 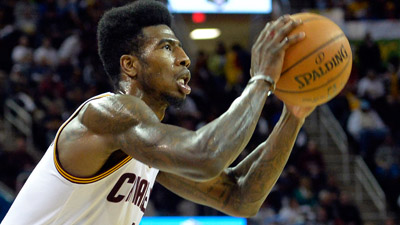 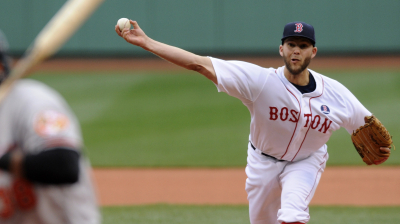