This weekend might not be quite as daunting for the Boston Celtics as the schedule would suggest.

The Celtics on Wednesday moved into seventh place in the Eastern Conference with a 113-103 win over the Detroit Pistons, and they now face a home-and-home series against a Cleveland Cavaliers team many expect to represent the East in this year’s NBA Finals.

Cleveland clinched the No. 2 seed Wednesday when the Chicago Bulls fell to the Orlando Magic, and with playoff positioning sewn up, there’s a good chance head coach David Blatt could sit star forward LeBron James (and possibly Kyrie Irving and Kevin Love, too), for at least one of the matchups with the Celtics.

“I’ve always taken a couple games off before the postseason, over my career,” James told reporters Tuesday, via Cleveland.com. “I don’t know when. That’s something me and the coaching staff and the training staff will sit down and go over, what will benefit me, benefit the team.

Playing against a LeBron-less Cavaliers team would make Boston’s path to the postseason a whole lot smoother. James dropped 27 points in 26 minutes the last time these teams played, and the Cavs buried the C’s by 31.

?We just weren?t very good,” Celtics coach Brad Stevens told reporters Wednesday when asked about that 110-79 beatdown, “and we were playing what many consider to be one of the contenders to win it all. They certainly are playing like that ? they?re playing great. The night we played them, I thought they played excellent, and I never thought we were in the game.”

Any respite from facing the four-time MVP might be short-lived, though. If the season ended today, the Celtics and Cavaliers would square off in the first round of the Eastern Conference playoffs.

— Pistons big men Greg Monroe and Andre Drummond tormented the Celtics yet again. After combining for 41 points and 24 rebounds Wednesday, the two finished the teams’ three-game season series with a total of 115 points and 67 rebounds. (Keep in mind also that Monroe missed one of those games with a knee injury.)

— This, however, was not one of Drummond’s finest moments:

— Wednesday marked the first time since the All-Star break that the Celtics had played a game on more than one night of rest.

— These are the kind of things that happen when a team only shows up on national TV once a season:

There also was the matter of the ESPN announcers pronouncing Kelly Olynyk’s surname as “O-luh-NIK” all night.

— Avery Bradley starred in one of the photos of the year for the Celtics, courtesy of USA Today photographer Raj Mehta. — One-time Celtic Tayshaun Prince scored 15 points on 7-of-8 shooting for Detroit, pushing the veteran swingman over the 10,000-point plateau in Pistons career. He’s the eighth Pistons player to reach that milestone.

— The Maine Red Claws began their bid for a D-League title Tuesday night, falling to the defending champion Fort Wayne Mad Ants 104-103 in overtime in Game 1 of the Eastern Conference semifinals.

Celtics rookie James Young finished with 17 points and eight rebounds in the loss, and guard Chris Babb chipped in with 15 points and seven boards. Babb signed a multiyear contract with Boston on Monday.

— We leave you with this: 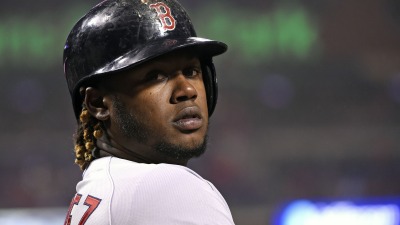 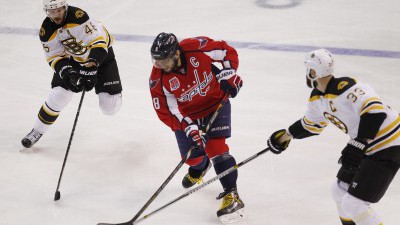