Once the leakage began, there was no stopping it.

The Boston Red Sox?s ship started sinking in the sixth inning Wednesday after smooth sailing for the first five frames. The Tampa Bay Rays rallied from a four-run deficit to steal the middle game of the teams? three-game set at Tropicana Field.

The Red Sox built a 5-1 lead behind Joe Kelly, but it quickly evaporated as the Rays scored four runs in the sixth. Tampa Bay then pushed across two tallies in the seventh en route to a 7-5 win.

Boston is 9-6 through 15 games. The Sox haven?t lost a series yet this season, but they?ll need to rebound and earn a victory in Thursday?s finale in St. Petersburg, Fla., to keep the streak alive.

Let?s run down some notes from Wednesday.

— Kelly was awesome Wednesday. Until he wasn?t.

Kelly was efficient, effective and downright nasty through the first five innings, yet the right-hander struggled with his control in the sixth, became frustrated and left some balls over the plate.

“It was tough, especially when our guys were playing so well and our hitters were making good swings and scored a bunch of runs,? Kelly told reporters after the game. ?I take pride in that kind of stuff and try to go as deep as I can in the game. It just got away from me in the sixth inning.?

— The sixth inning has been troublesome for Red Sox starters this season, for whatever reason.

Boston has allowed 15 runs in the sixth inning through 15 games.

The Red Sox are undefeated when carrying a lead or tie into the seventh, eighth and ninth innings, so clearly, that sixth inning is Boston?s biggest bugaboo right now. The Sox need to figure out a way to effectively bridge that gap, even though the easiest solution obviously is for the starters to work deeper into games without the wheels suddenly falling off.

Craig Breslow was thrown into a very tough spot and surrendered a two-run single. Edward Mujica gave up two runs on three hits in the seventh inning while continuing to rely primarily on splitters.

“Some didn’t have quite the finish,? Red Sox manager John Farrell said of Mujica?s splitters. ?The one to (Jake) Elmore stayed up in the zone, obviously.?

The Rays took a 6-5 lead when Desmond Jennings grounded into a double play with runners at the corners. Elmore added insurance with a solo homer.

— David Ortiz entered the game with more RBIs and more walks against the Rays than any player in history. He added to both totals, giving him 153 RBIs and 146 walks in 212 games against Tampa Bay.

— Mike Napoli batted fifth — ahead of Pablo Sandoval — in a move designed to combat a potential matchup advantage for opponents. The first baseman had an encouraging night at the dish.

Napoli went 2-for-3 and reached base three times in his first multihit game of the season. He also recorded his second RBI (his first on a hit).

— Shane Victorino left the game with right hamstring tightness. He?s day-to-day and likely won?t be in Thursday?s lineup, as Farrell said after the game it already was a planned off day for him.

— Rusney Castillo, who is rehabbing a shoulder injury, still is working his way back.

?There?s no time frame for his return to play, but baseball activity is starting to pick up,? Farrell said. 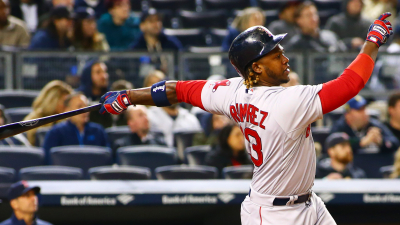 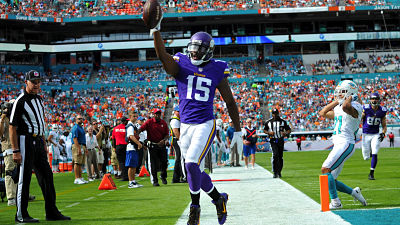