BOSTON — After Pablo Sandoval was removed from Wednesday’s game due to dehydration, Boston Red Sox manager John Farrell said Sandoval’s conditioning is a matter that “continues to be addressed.”

The 5-foot-11, 255-pound third baseman’s weight has been a point of discussion throughout his major league career, but Sandoval insisted Thursday he has not gained any since last season.

?I?m still the weight that I was last year, the weight that I finished my season,? he said as the Red Sox prepared to host the Chicago White Sox at Fenway Park. ?So I don?t get complaints about it. I have to keep working hard, yes I do, but I don?t focus about that. I focus about teamwork and try to do the best out there for my team.?

Manager John Farrell praised Sandoval’s work ethic but said his weight has been known to fluctuate.

“The one thing that we do know is that there’s a wide range in which it will fluctuate,” Farrell said. “And that’s been consistent year-to-year with Pablo. I do know this: His work ethic in the weight room, his work ethic on the field is consistent. It has been since the first day he got on the field with us here. And yet there’s been challenges that we’ve become aware of over the course of his career that you’re trying to align a number of things.”

Sandoval also was asked about his defense — specifically the issues he’s experienced fielding balls hit down the third base line.

?It?s tough,” he replied. “I can?t get every ball that?s hit out there. … It’s not about weight. It’s about the situation and the opportunity I get out there. It’s not (like) I don’t want to catch the ball, so I’m working hard to catch it.”

Farrell went into greater detail about said struggles, noting that Sandoval’s transition to the American League — he spent his first seven seasons with the San Francisco Giants in the National League — is ongoing.

?There?s a comfort level with his positioning,? the manager said. ?Coming in on a ball has been a challenge for him. His comfort level is to play a little bit closer. He?s been accustomed to the National League where a two-out bunt is not uncommon and sometimes even a two-strike bunt. Coming over here as we try and get him to move back a little bit ? there?s a comfort zone that every player feels on the field defensively. That?s still a work in progress.?

Sandoval was thrown out attempting to score from first during the third inning of Wednesday’s 9-2 loss to the White Sox, but he didn’t blame the sprint around the bases for his exit two innings later.

“No,” he said Thursday. “Just in general. Just been a tough couple days out here, hot. But doing everything I can to be in the lineup, so that’s (what) I’m doing right now.”

Sandoval was indeed in the lineup Thursday as the Red Sox looked to salvage the finale of their four-game series.

“He came into the clubhouse, reported feeling better than he did after the game (Wednesday) night,” Farrell said. “He’s back in the lineup, so hopefully he’s able to get through it here (Thursday night).” 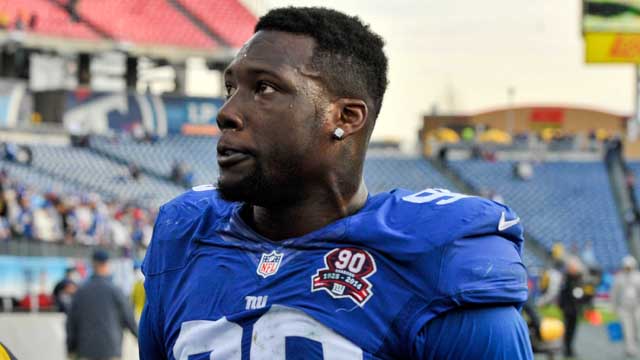