BOSTON — Shane Victorino’s signature anthem “Three Little Birds” will not be coming with him to California.

Victorino said during his tearful goodbye news conference Monday following his trade to the Los Angeles Angels that he will adopt a new walk-up song when he joins his new team.

“You think about a song as an athlete, to have a city sing it and be that song, it’s something I’ll never forget,” he said. “When I get to Anaheim, I’ll have to change it for the sole sake of respect for Red Sox Nation.”

The veteran outfielder was overcome with emotion when asked about the Bob Marley tune, which both symbolized his personality and conveyed a message to the city following the Boston Marathon bombing: “Every little thing is gonna be all right.”

“These are tears of joy,” he said after taking a moment to compose himself. “Understandably so.”

Victorino quoted the song’s chorus, which the Fenway Faithful would sing to him before each at-bat, in a thank-you tweet Monday night.

“I think the fans of this region fell in love with the song,” Victorino said. “I think that, like I said, it means a lot, not only to myself, but to my family, my friends that were here to witness it. … It’s one of those things that you never forget. I think bigger moment for me, and any kind of highlight that I’ll ever get to watch as a Red Sox player, that song’s probably going to be in the background.”

Victorino said he already has a new song in mind for when he steps to the plate for the first time as an Angel, and he’s not straying far from the norm. That one will be a Marley tune, as well.

“It’s going to be something that I think is uplifting,” he said. “And hopefully the West Coast fans get to enjoy it as much as the fans did here in Boston. And not only Boston, but in Fenway Park.” 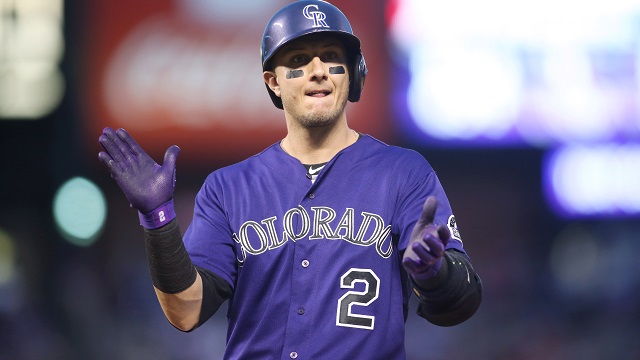 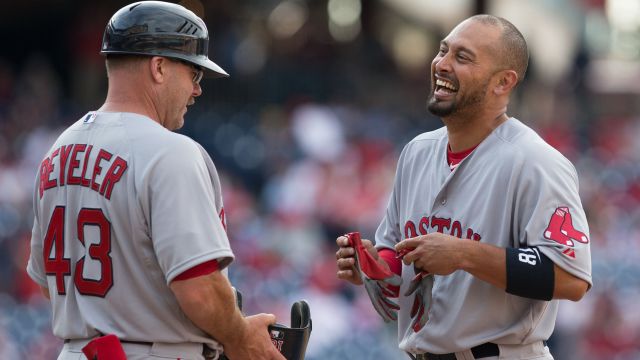 Shane Victorino’s Love For Boston Shines Through In Tearful Goodbye