The Atlantic Division was full of surprises last season.

The Boston Bruins failed to make the playoffs after winning the President’s Trophy the season before, the Ottawa Senators made an improbable playoff appearance despite making a head-coaching change in December, and the Florida Panthers were in the playoff hunt until the last two weeks.

The 2015-16 campaign promises to be just as unpredictable. Check out our Atlantic Division preview below.

One concern is the contract status of Steven Stamkos, the team’s best player and captain. The veteran center is entering the final year of his deal and eligible for UFA status in July. The closer it gets to the trade deadline with Stamkos unsigned beyond this season, the more of a distraction the situation will be for the Lightning.

2) Montreal Canadiens
2014-15 Record/Playoff Result: 50-22-10, eliminated in conference semifinals
Notable Additions/Departures: Alex Semin (add, free agent), Tomas Fleischmann (add, free agent),
Outlook: The Canadiens ranked in the bottom third of a lot of puck possession metrics and ranked 20th in goals scored, but they still won the division thanks to a historic season from No. 1 goaltender Carey Price. His excellent performance earned him the Hart and Vezina trophies, too, and he enters the new campaign as the best netminder in the NHL.

Montreal has given Price some much-needed offensive support by signing veteran winger Alex Semin, and it also re-signed key players Alex Galchenyuk and Jeff Petry to new contracts. The Habs should be better offensively this season, and that combined with Price’s consistently elite goaltending should propel them to first or second place in the division.

The blue line is a bit of a concern after the loss of Dougie Hamilton in the offseason, but a healthy Zdeno Chara still is a top-five NHL defenseman and Torey Krug is ready for a top-four role. Joe Morrow, Colin Miller and Zach Trotman also give the B’s an impressive crop of young D-men who’ll make a positive impact this season and beyond.

The goaltending quality goes without saying. Tuukka Rask is a top-three goalie, and he will continue to carry the Bruins when their offense struggles, like he did last season with 45 games of two or fewer goals allowed.

If the Bruins hit 96 points again, which is very possible, they should make the playoffs. The chances of this team suffering through another season of multiple major injuries to key players and having to battle an opponent on a historic run like the 2014-15 Ottawa Senators is unlikely.

4) Detroit Red Wings
2014-15 Record/Playoff Result: 43-25-14, eliminated in conference quarterfinals
Notable Additions/Departures: Mike Green (add, free agent), Marek Zidlicky (departure, free agent), Brad Richards (add, free agent), Erik Cole (departure, free agent)
Outlook: The Red Wings extended their playoff streak to 24 seasons in 2014-15, and maintaining that run won’t be easy this campaign. Detroit has a new coach for the first time since 2005-06 after Mike Babcock, who’s widely regarded as the best bench boss in the league, left for Toronto this past offseason. Jeff Blashill is a quality coach, but he has no previous head-coaching experience at the NHL level.

The Red Wings will compete for a playoff spot, but there are concerns in net and injury/age issues surrounding veterans such as Johan Franzen, Pavel Datsyuk and Henrik Zetterberg

The Panthers have an impressive collection of young talent and will be in the mix for a wild-card spot throughout the season. Actually earning a playoff berth seems a little bit unrealistic, though.

6) Ottawa Senators
2014-15 Record/Playoff Result: 46-26-13, eliminated in conference quarterfinals
Notable Additions/Departures: Eric Gryba (departure, trade), Robin Lehner (departure, trade)
Outlook: Without an incredible late-season run, highlighted by goaltender Andrew “The Hamburglar” Hammond’s amazing (and unsustainable) play in net, the Senators do not make the playoffs last season. Ottawa still has a good team, no doubt about it, but to expect 99 points from this roster again is unrealistic. Hammond won’t be that dominant for a full season — if he even holds the No. 1 job consistently — and the other teams in the division, except for the Leafs, all improved.

The Senators will be competitive, but they won’t reach the postseason.

8) Toronto Maple Leafs
2014-15 Record/Playoff Result: 30-44-8, missed playoffs
Notable Additions/Departures: Phil Kessel (departure, trade), Shawn Matthias (add, free agent), Brad Boyes (add, free agent)
Outlook: Despite the hiring of head coach Mike Babcock, this still is a rebuild season in Toronto. The team’s last two first-round picks, William Nylander and Mitch Marner, won’t start the season in the NHL, a smart move given all the losing that will take place at Air Canada Centre this campaign. The Leafs are the best bet to finish at the bottom of the division, but at least this rebuild has a light at the end of the tunnel thanks to the direction provided by team president Brendan Shanahan and assistant general manager Kyle Dubas. 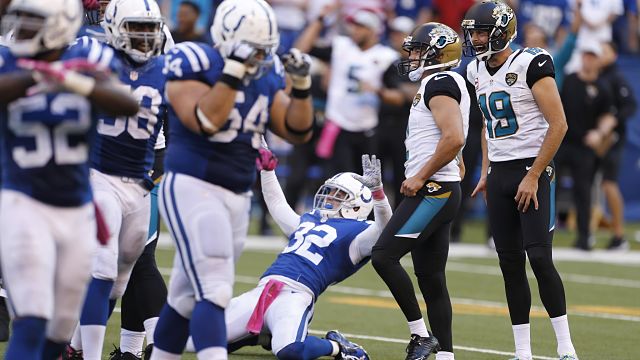