Red Sox Nearly Had A Serious Catcher Emergency In Loss To Tigers - NESN.com Skip to content

BOSTON — When Sandy Leon crumpled to the ground Tuesday night after getting hit by a pitch in the sixth inning, Fenway Park took a collective gasp.

The concern over losing Leon wasn’t just because the Red Sox catcher surprisingly has been one of the team’s best hitters this season. It also was due to the fact that Boston literally didn’t have anyone to replace him.

Ryan Hanigan was supposed to catch knuckleballer Steven Wright but was scratched from the lineup due to flu-like symptoms just an hour before game time. That forced Leon, the only other catcher on Boston’s active roster, into action.

So, who would have entered if Leon wasn’t able to stay in the game after Detroit Tigers pitcher Kyle Ryan drilled him in the foot?

“Hanigan, with maybe an IV attached to him,” manager John Farrell said after the game.

We’re not totally sure if Farrell was joking.

Oddly enough, this isn’t the first time the Red Sox have been in a tight spot behind the dish. When both Hanigan and then-catcher Blake Swihart went down with injuries on June 5, Farrell revealed that 23-year-old infielder Marco Hernandez would have had to serve as emergency catcher if third-stringer Christian Vazquez went down.

Boston was able to avert such a crisis Tuesday, as Leon toughed it out and remained in the contest. But that was small consolation, as Wright was touched for a career-high eight runs in the Red Sox’s 9-8 loss to Detroit. It was the first time Leon has caught Wright this season, and one could argue Hanigan’s late scratch affected the knuckleballer’s performance. But Wright wasn’t interested in making excuses.

“I’ve thrown to Sandy. I’ve thrown to him a lot,” Wright said after the game. “I feel comfortable with whoever we have going out there. … I thought Sandy did a great job. He did everything I expected him to do, which is to call a good game. It’s my fault.”

In fact, Wright credited Hanigan for pulling out of Tuesday’s contest and preventing what could have been an even more dire situation.

“Hanigan was sick,” Wright said. “I respect the heck out of him, because he really tried everything he could to go out there, but he made a professional call on his part to not go out there. Because if he goes out there and has to come out, now all of a sudden we’re down to one catcher versus maybe letting him rest to get his immune system back up.” 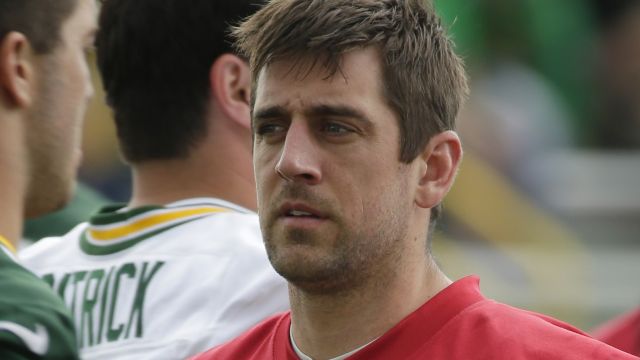