Three Issues The Red Sox Should Address Entering Second Half Of Season - NESN.com Skip to content

BOSTON — For the first time since 2013, the Red Sox will enter Major League Baseball’s All-Star break with more wins than losses. They’re 11 games over .500, have won six of their last seven and are in the thick of the American League playoff race.

The not-so-good news is that Boston’s first 87 games have revealed some causes for concern. The Red Sox have played well at home, boasting a 30-20 record at Fenway Park, but are just 19-18 on the road, where they’ll play 44 of their remaining 75 contests.

They’re also 30-19 against the rest of the league but just 19-19 in their division, where they’ll have to beat out formidable opponents in the Baltimore Orioles and Toronto Blue Jays to avoid playing in the AL Wild Card game or missing out on the playoffs altogether.

Boston has plenty of areas of strength, most notably its MLB-leading offense led by the ageless David Ortiz and a talented young trio of All-Stars in Xander Bogaerts, Mookie Betts and Jackie Bradley Jr.

Yet they also have weaknesses they must address — either internally or by making moves ahead of the league’s Aug. 1 non-waiver trade deadline — if they want to live up to expectations and be a serious playoff contender.

Here are three things the Red Sox can do to go from good to great in the second half:

1. Fill out the starting rotation
For all the concerns surrounding Boston’s pitching staff, a rotation led by David Price, Steven Wright and Rick Porcello is more than capable of delivering the goods in the second half.

Where the Red Sox desperately need help is at Nos. 4 and 5, where six different pitchers already have tried (and mostly failed) to provide some stability.

Trading for at least one quality arm ahead of the deadline should be the top priority for president of baseball operations Dave Dombrowski, while manager John Farrell and pitching coach Carl Willis need to work finding consistency in the likes of Eduardo Rodriguez, Clay Buchholz and even the injured Joe Kelly.

2. Find a new interim closer
With all due respect to Koji Uehara, his days of shutting the door for the Red Sox are in the past.

Farrell recently tabbed Uehara as Boston’s primary closer in All-Star Craig Kimbrel’s absence despite the 41-year-old’s subpar 4.81 ERA and rocky first half of the season. Dombrowski acquired a proven closer in Brad Ziegler, who made a strong Red Sox debut Sunday.

The right-handed sidearmer should take over lead closing duties until Kimbrel returns, then help form a formidable back end of the bullpen alongside Kimbrel, Uehara and Matt Barnes down the stretch.

3. Get healthy — and stay healthy
The Red Sox have played well recently in the face of a rash of injuries, but injuries to Brock Holt, Chris Young, Blake Swihart and now Kimbrel certainly have taken their toll.

Injuries obviously can’t be avoided, and Dombrowski did well to add some depth in utility infielders Aaron Hill and Michael Martinez. But it’s up to Farrell to monitor the playing time of his most valuable players, namely the 40-year-old Ortiz and star shortstop Xander Bogaerts, who has played in all but one game to date.

The Red Sox have solid depth, but if they’re serious about chasing a ring, they need to be fully loaded to compete with baseball’s best in October. 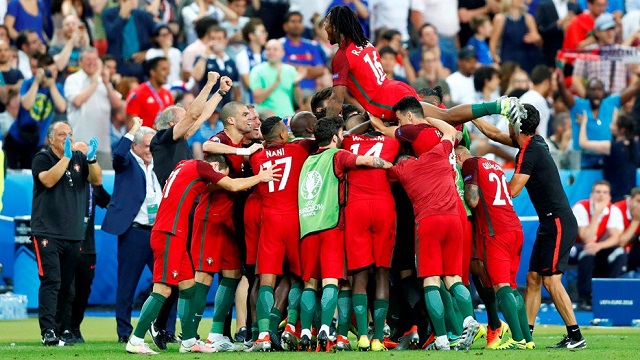