Red Sox Notes: Hanley Ramirez 'Was Trying To Go To The Moon' With Walk-Off Homer - NESN.com Skip to content

BOSTON — The moon over Fenway Park was nearly full Thursday as the Red Sox took on the New York Yankees, and Hanley Ramirez had his eye on it during the ninth inning.

The Red Sox had cut the Yankees’ lead to one run after scoring three in the final frame when the first baseman came up to the plate with two outs against hard-throwing New York closer Dellin Betances. And after watching a first-pitch fastball, Ramirez was all over the one Betances threw him with a 3-1 count, jumping on the pitch to clobber a three-run homer and give the Red Sox the 7-5 walk-off win.

“I was trying to go to the moon,” Ramirez said after the win. “That?s why I was sitting on a fastball the whole time. … Just stay back and let it rip.”

Ramirez’s blast completely turned around a game that seemed to belong to the Yankees from the very first inning. Red Sox starter Eduardo Rodriguez said he didn’t feel like he ever had control Thursday, and that was apparent from the fact that he pitched just 2 1/3 innings, giving up four runs. But starting with a solo shot by David Ortiz in the eighth inning, the Red Sox’s offense made itself the highlight of this game.

And the clubhouse was buzzing afterward.

“Man, this game pretty much was on their side, and it’s huge,” Ortiz said. “Hanley is a guy that — he has been doing some unbelievable things with the year he’s happening. You can’t ask for much more than that. He’s coming in every day to do something to make things happen. That’s how it is.”

The young guys were even more impressed with the walk-off, which was just Boston’s third of the season.

“For me, that?s my best baseball moment,” right fielder Mookie Betts said. “Some other guys have been to playoffs and won World Series. I?m trying to get there.”

But even though Ramirez said it was his most exciting moment since his native Dominican Republic won the World Baseball Classic in 2013, it doesn’t sound as though he’ll be celebrating for long.

“You know me, I?m not satisfied,” Ramirez said. “We haven?t got the job done yet. We have to keep going, and I?ll be talking to you after November. And then I?ll answer the question.”

Here are some more notes from Thursday’s win.

— Ramirez’s home run actually should come as no surprise if you look at the rate he has been sending baseballs out of the yard lately. He has five homers in his last eight games, eight in his last 15 and nine in his last 18.

— Ortiz’s solo shot was the 537th of his career, passing Yankees legend Mickey Mantle for 17th on the all-time list. Big Papi wasn’t as impressed by himself, though.

— Speaking of that close race, the Baltimore Orioles lost to the Tampa Bay Rays 7-6 on Thursday, putting them two games behind the first-place Red Sox. The Blue Jays beat the Los Angeles Angels 7-2 and also are two games out of first.

— Joe Kelly ended up earning the win in this game after keeping the Yankees off the board in the ninth. The Red Sox right-hander now has a career-long winning streak of 11 games, the longest active streak in Major League Baseball.

— The Red Sox have had their fair share of bullpen woes but not in September. Boston’s relievers allowed only one run over 6 2/3 innings Thursday and lead the majors with a 0.74 bullpen ERA since Sept. 1.

— Ramirez’s homer gave him 100 RBI on the season, making him the third Red Sox batter to reach that mark this year, along with Ortiz and Betts.

“There?s not many teams where you can say three guys have 100 RBI, his last three no bigger than any of the previous 97,” Red Sox manager John Farrell said. “Hanley?s gotten along and had a comeback year when you look at the two years spent here. He?s doing a solid job at first base. To have that kind of depth through the middle of the order and that kind of RBI and power, it?s a huge advantage for us.” 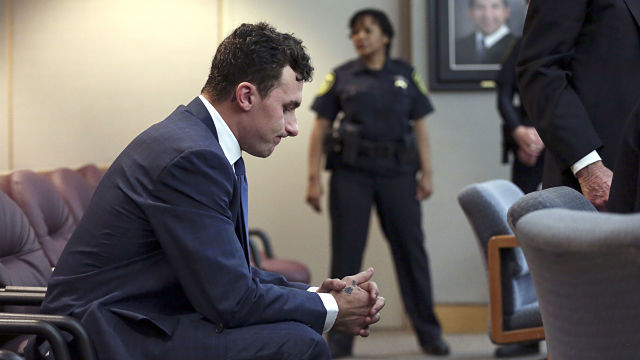 Inside The Fall Of Johnny Manziel: A Sad, Lonely Jerk Who Nobody Likes 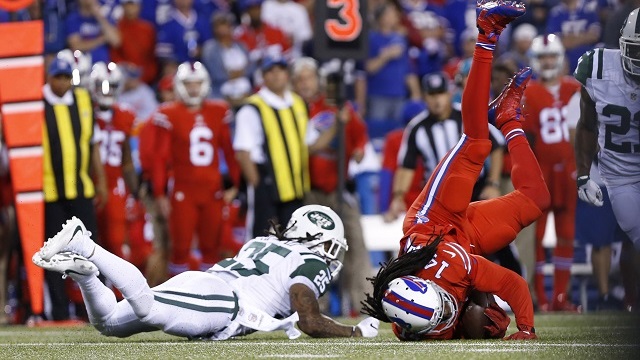