Spectators and referees caught a 19-year-old man playing for the Buccaneers on Sunday in a Rhode Island Preteen Football League game involving 13- and 14-year-olds, according to WPRI Providence’s Stephanie Johnston and Kim Kalunian.

The scandal has shocked the football community in the Ocean State and led to the Buccaneers’ suspension for the rest of the season and the firing of the coach.

The young adult is the older brother of one of the other Buccaneers players. He was watching from the sideline when the coach ordered him to suit up at halftime, with his team losing the game.

The 19-year-old played just a few downs but did so long enough to alarm others in attendance.

“I’m embarrassed, I feel disrespected,” Buccaneers founder Alexandra Diaz told WPRI on Monday. “I feel there are no words that can explain how I feel.”

The coach apologized for fielding a man against boys and told WPRI his ego clouded his judgment. Nevertheless, Diaz fired him.

“He wasn’t thinking, and that’s all that he could tell me, was that he was not thinking,” Diaz said.

The Rhode Island Preteen Football League expelled the Buccaneers from competitions in all age groups and also banned its cheerleading squad. More than 60 players (whose ages range from 9 to 14), cheerleaders and their families have paid the price for the foolishness of two men.

The Buccaneers, whose football programs are free to participants, can apply for reinstatement to the league next season.

Let’s hope everyone has learned the lesson about the importance of winning by then. 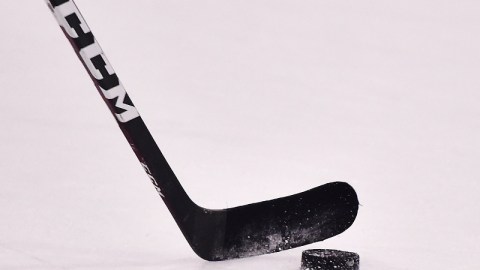