Based on how the Jets have played since last month’s close loss to the Patriots, it would be shocking if New England didn’t put a beating on New York on Sunday at Gillette Stadium.

The Jets were stomped 41-10 by the Indianapolis Colts at home in Week 13, beat the lowly San Francisco 49ers 23-17 on the road and then were obliterated by the Matt Moore-led Miami Dolphins 34-13 in another home loss.

Now the Jets run into the 12-2 Patriots, who are still fighting for the No. 1 seed in the AFC playoffs, on Christmas Eve at Gillette Stadium. Watch out.

With that game on the horizon, let’s get into this week’s mailbag.

@DougKyed who has more potential in your opinion? Mitchell or Flowers?
— @ChaseDawg2
That’s a really good question, and it’s interesting because both players are tied to significant trades. The Patriots received the fourth-round pick they used to select Trey Flowers in the Logan Mankins deal, and Malcolm Mitchell is a byproduct of the Chandler Jones trade.

I’ll say Flowers for now because he’s beginning to show his full potential earlier. Mitchell also had some injuries in college that could limit his future in the NFL.

Flowers has been a premier NFL pass rusher over the past seven games, putting up seven sacks. We’ll see if it holds up, but he certainly looks good for now.

Mitchell is definitely ahead of former Patriots rookie receivers at this point in his career, and Tom Brady seems to love him. Extrapolate Mitchell’s last five games into a full season, and he’d have a 70-catch, 886-yard, 14-touchdown season. As it stands, he has 29 catches for 372 yards with four scores.

They both have high upside, but I’ll give the advantage to Flowers for now.

@DougKyed how much of Cannon’s resurgence should be credited to Scar?
— @Jackson_Mayo
I think it can be credited to three changes: Cannon lost 15 pounds over the offseason, offensive line coach Dante Scarnecchia came out of retirement, and Cannon knew his permanent role from the beginning of the season. He’s responded by becoming one of the best right tackles in the NFL. So, let’s go with 33 percent, maybe 34 percent. Scarnecchia deserves the extra point.

@DougKyed Why is Mingo in the witness protection program #MailDoug
— @TMurph207
I think he’s just too small for a regular role in the Patriots’ defense. If there was a position for him, it would be as a hybrid safety/linebacker, and that position is taken by Patrick Chung right now. Mingo also might not be experienced enough in coverage yet. Giving up a fifth-round pick for one season of a special teams ace isn’t looking like the best haul.

The Browns, Jets and 49ers have the biggest needs for quarterbacks. Garoppolo is only an OK fit for Chip Kelly’s system, and it seems doubtful the Patriots would trade Jimmy to the Jets. So, Browns?

@DougKyed what do you make of the pats activating brissett
— @bradygoatps4
I think activating Jacoby Brissett it comes down to four things.

1. The Patriots have stayed extremely healthy this season, so roster spots don’t mean as much as they do when multiple players are either on injured reserve or missing games with various ailments. The Patriots deactivate many of the same players each week, and Woodrow Hamilton, who was cut, was one of them.

2. They likely believe Hamilton will clear waivers and head back to the practice squad, so the move won’t have major repercussions.

3. The Patriots chose to be safe rather than sorry. They would have been skunked if Tom Brady and Jimmy Garoppolo both got hurt, and they obviously trust Brissett enough to start him.

4. If Garoppolo is traded this offseason, every practice rep Brissett is allowed matters. If he wasn’t activated he wouldn’t practice again for five or six months.

@DougKyed Do you think DJ Foster sees some playing time these last 2 games?
— @HoughtonJustin
If the Patriots clinch home-field advantage throughout the playoffs this weekend, then yes. Probably no, if not.

@DougKyed thoughts on the pats group chat?
— @ChaseDawg2
I got placed into Twitter DM group chat populated by Patriots fans tonight, and it was wild. I’m still in there because I’m addicted to group chats.

@DougKyed @LG_Blount is going to get a BIG pay raise in 2017 – Question is – which roster is he on?
— @smorassutti
LeGarrette Blount is having a huge season, and he’ll certainly draw more interest than he did last offseason, when he signed a one-year, $1 million contract with the Patriots, but teams aren’t exactly pushing each other out of the way to sign 31-year-old running backs. I wouldn’t be surprised if he sticks around another season or two with the Patriots. Bill Belichick loves the guy.

@DougKyed What’s the number one item on your Christmas wish list?
— @mattstdream
I mean, I wouldn’t turn down some Yeezys.

Are you concerned about injury risk to JE11 returning punts ?
— @njjosselyn
Yes, but I believe that’s why the Patriots are reducing his offensive snaps.

@DougKyed Why won’t players request through the NFLPA, the removal of Roger Goodell. Poor officiating, biased fines.
— @ewjjr1
It doesn’t work that way. He needs to be removed by the league owners, not the players.

@DougKyed Does Logan Ryan’s slide from #2 help the Pats’ chances of resigning him at a cheaper amount? I hope so, really like that kid.
— @TheDTSB
Ryan only briefly slid from No. 2 to No. 3 on the Patriots’ cornerback depth chart. He’s back to being the No. 2 cornerback, and he’s back to having an extremely solid season. He’s allowing just an 81.8 passer rating through 15 weeks. I do think some early-season struggles and a perceived move to the slot could lower his value, however.

#MailDoug Ham, Turkey, or Prime Rib for Christmas Meal?
— @seamansd
Sometimes ham, sometimes turkey. I’d get down with some prime rib, though.

@DougKyed the Patrice squad opening who do you see filling it
— @Pats68
Hamilton if he clears waivers.

@DougKyed have you ever bought a player/coach a holiday present? or received one? #maildoug
— @mjthomas99
Nope.

@DougKyed which pats reporter ( other than yourself) would make the best president?
— @Tmoose415
I guess Phil Perry. He has experience as a senator already.

@DougKyed how badly is Washington getting beat by Bama? #maildoug
— @jyanrackson
I think you know I’m a Washington fan, so this isn’t a nice question Jyan Rackson. Words hurt.

@DougKyed have you ever had a Yorkshire pudding with roast dinner? (Think the American name is a popover) #maildoug
— @x_Wonder_Woman_
Yes, I love Yorkshire pudding. My maternal grandmother was English, so my mom makes that a lot.

@DougKyed how do you feel about egg nog Doug?
— @Akylle
Not an egg nog guy, Akylle.

@DougKyed #MailDoug Do NFL coaches receive all the different camera tapes or just the all-22 like us schlubs? How about beat writers?
— @MrQuindazzi
I think they receive the same angles but better quality. I like the idea of Bill Belichick trying to figure out how to use NFL Game Pass, though. That would be a real hoot. Remember when Bill threw his surface tablet against the bench? Picture that with a desktop computer. 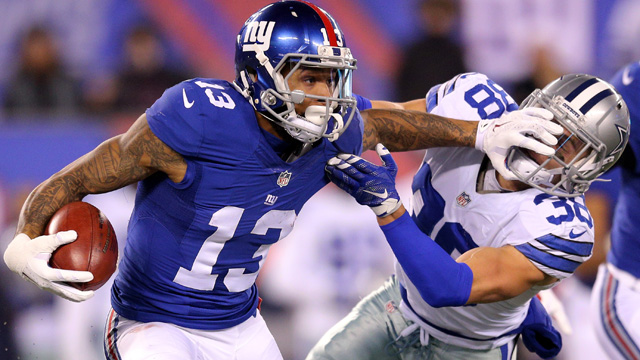