The second-best team in the Eastern Conference still is the Toronto Raptors.

The Boston Celtics had a golden chance to extend their winning streak and take over the No. 2 seed in the East, but the Raptors came storming back to win 114-106 at Air Canada Centre.

Raptors guard DeMar DeRozan led all scorers with 41 points and 13 rebounds, while Jonas Valanciunas had a game-high 23 rebounds.

OFFENSIVE START
If you’re a fan of offense, Tuesday night’s first quarter between the Celtics and Raptors wasn’t for you. Toronto held a slim 23-18 lead after 12 minutes, and both teams shot under 40 percent from the floor.

Boston was especially putrid with its 33.3 shooting percentage, including going just 2 of 9 from 3-point range. Thomas and Smart both led the way for the C’s with five points. Valanciunas led all scorers with six points and nine rebounds.

DEFENSE WINS…
The second quarter was all Celtics. Boston outscored Toronto 37-23, as the C’s turned in an all-around impressive performance heading into halftime. The Celtics made 16 of 22 shots in the second, with Smart leading the way with 14 points at the break. Gerald Green also had a big quarter with nine points.

But Boston’s defense was the real story, as it clearly flustered Toronto throughout the first half and forced 11 turnovers. The Raptors held a slim 43-42 lead after a DeRozan free throw, but the C’s closed the half on a 13-3 run to take a 55-46 lead.

COMEBACK TIME
Things were going well for the Celtics in the third quarter. Were.

Boston hovered around a double-digit lead for most of the frame, but Toronto dominated the final 2:05 and only trailed 84-80 heading into the final quarter after closing the third on a 12-4 run. DeRozan was the difference, as he upped his points total to 29 with 19 third-quarter points.

The C’s scored the first five points in the fourth quarter, but the Raptors stayed within breathing distance and eventually took a 104-102 lead with under three minutes remaining thanks to a 9-0 run. That run only grew from there, as the Raptors took control in the final minutes with a 19-4 streak to earn a huge win over their division foe.

So, this was pretty impressive.

UP NEXT
The Celtics will travel back to Boston for a Wednesday night game against the Washington Wizards. Tip-off is scheduled for 8 p.m. ET. 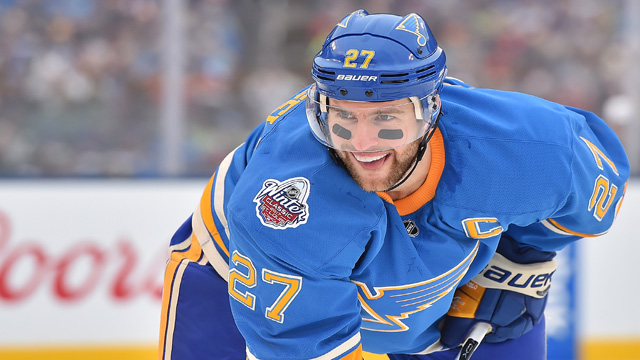 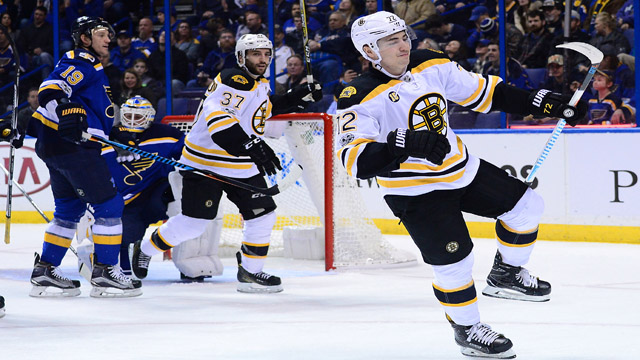 Frank Vatrano Gets Bruins On Board With Power-Play Goal Vs. Blues