Week 4 in the NFL didn’t go according to the script, as the Atlanta Falcons, New England Patriots and Dallas Cowboys were stunned at home by the Buffalo Bills, Carolina Panthers and Los Angeles Rams, respectively. The Kansas City Chiefs, meanwhile, held off the Washington Redskins to stay undefeated and retake the top spot in this week’s power rankings.

Here?s a look at where each team stands in NESN.com?s NFL power rankings as we head into Week 5. (To see our Week 4 power rankings, click here.)

1. Kansas City Chiefs (4-0; last week’s rank: 2): The Chiefs now are the NFL’s only undefeated team, and they’ll look to move to 5-0 against the Houston Texans next weekend on “Sunday Night Football.”

2. Detroit Lions (3-1; 5): Detroit’s defense stuffed the Minnesota Vikings in a divisional clash, as the Lions rebounded from their heartbreaking Week 3 loss to the Atlanta Falcons.

3. Atlanta Falcons (3-1; 1): Julio Jones’ injured hip should worry the Falcons. Atlanta boasts one of the most high-powered offenses in the league when Jones is healthy, but the Falcons are a different team when he’s sidelined.

4. Green Bay Packers (3-1; 4): Aaron Rodgers didn’t have to do much in the Packers’ trouncing of the Chicago Bears, but injuries to running back Ty Montgomery and wide receiver Davante Adams should give Green Bay cause for concern.

5. Denver Broncos (3-1; 11): Denver’s defense is vastly improved against the run from a year ago, which has made its pass defense all the more terrifying for opposing offenses. As long as QB Trevor Siemian takes care of the ball, the Broncos will be a threat to win the AFC.

7. Washington Redskins (2-2; 10): Kirk Cousins and the Redskins played the Chiefs tougher than anyone has yet, and Washington might be the best team in the NFC.

8. Philadelphia Eagles (3-1; 12): The Eagles took care of business against the struggling Los Angeles Chargers, and Philadelphia only will get better as QB Carson Wentz continues to improve.

9. New England Patriots (2-2; 3): It’s time to panic about the Patriots’ league-worst defense that was shredded by the Carolina Panthers on Sunday. As good as Tom Brady is, he only can do so much.

10. Carolina Panthers (3-1; 19): Cam Newton ripped apart the Patriots’ horrible secondary in Carolina’s win at Gillette Stadium. If Newton is back to his old self, the Panthers will be tough to beat.

11. Los Angeles Rams (3-1; 14): It’s clear Jeff Fisher was the problem in L.A. last season, as Jared Goff has looked like a No. 1 pick in head coach Sean McVay’s offense. The Rams’ Week 2 loss to the Redskins looks better with each passing week.

12. Buffalo Bills (3-1; 20): The Bills followed up their win over the Broncos by beating the Falcons in Atlanta, and also took over first place in the AFC East after the Patriots’ loss to the Panthers.

13. Houston Texans (2-2; 24): Houston is a Brady game-winning drive away from being 3-0 with Deshaun Watson at quarterback, and it looks like the class of the AFC South after blasting the Tennessee Titans.

14. Tennessee Titans (2-2; 6): The Titans got their doors blown off by the Texans, and Marcus Mariota left the game with a hamstring injury in what was a nightmare Week 4 for Tennessee.

15. Minnesota Vikings (2-2; 7): Sam Bradford reportedly will return in Week 5, but the loss of rookie Dalvin Cook is a huge blow to the Vikings’ offense.

16. Oakland Raiders (2-2; 9): QB Derek Carr will miss the next two to four weeks with a fracture in his back, leaving the Raiders to put their season in the hands of E.J. Manuel for the time being.

17. Dallas Cowboys (2-2; 13): Dak Prescott’s magic seems to have worn off and Ezekiel Elliott hasn’t looked like himself through the first four weeks. The Cowboys clearly are below the Eagles and Redskins in the NFC East at the quarter-season mark.

18. Tampa Bay Buccaneers (2-1; 18): A victory against the New York Giants doesn’t move the needle, but it’s a win you have to have to be taken seriously as a playoff contender.

19. Seattle Seahawks (2-2; 17): Seattle looked listless for 2 1/2 quarters against the Indianapolis Colts, as its offense continues to be bogged down by a bad offensive line and mediocre running game.

20. Jacksonville Jaguars (2-2; 15): The Jags had the opportunity to move to 3-1 against the New York Jets, but the team that beat the brakes off the Baltimore Ravens didn’t make the trip to New York, as Jacksonville fell in overtime.

21. New Orleans Saints (2-2; 22): The Saints’ much-maligned defense has surrendered 13 points in the past two weeks. If the unit can be serviceable, New Orleans could make a run at the playoffs.

22. Baltimore Ravens (2-2; 16): Baltimore’s early season success was a product of its quality of opponents, and not its own talent level. The Joe Flacco-led offense is borderline anemic and looks finished the minute it faces a deficit.

23. Arizona Cardinals (2-2; 26): Arizona has overtime wins Colts and San Francisco 49ers, whose combined record is 1-7, so it’s not exactly time to rejoice in the desert.

25. Miami Dolphins (1-2; 21): A week after getting pasted by the Jets, Miami was shutout by the Saints in London. Jay Cutler’s lack of effort and a horrifying Dan Marino mascot have been the “highlights” of the Dolphins’ season.

26. Cincinnati Bengals (1-3; 29): A win against the Cleveland Browns doesn’t mean much, but it’s one more win than the Bengals had when the week began.

27. Chicago Bears (1-3; 27): Chicago was blasted by the Packers on “Thursday Night Football,” and have decided to give rookie QB Mitchell Trubisky the keys to the offense as a result.

28. New York Giants (0-4; 25): Eli Manning and Co. couldn’t eke out their first win of the year against the Buccaneers, and they’ll face another 0-4 team in Week 5 — the Los Angeles Chargers.

30. Indianapolis Colts (1-3; 31): The Colts have looked better with Jacoby Brissett at quarterback, but he couldn’t save Indianapolis against the Seahawks.

31. San Francisco 49ers (0-4; 30): The Niners got close for the third week in a row, but were unable to crack the win column against the Cardinals.

32. Cleveland Browns (0-4; 32): The Browns could be looking at the No. 1 pick in the NFL Draft for the second consecutive year. 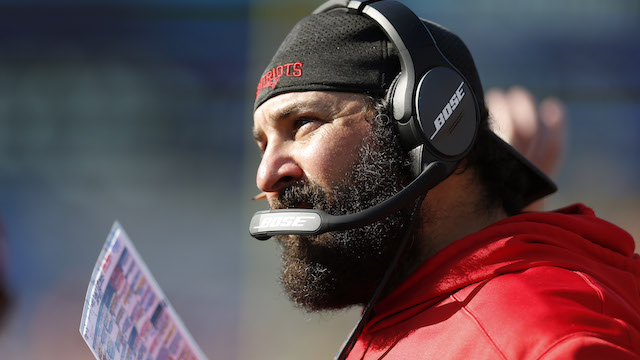 How Did Patriots’ Defense Become So Overrated Over Offseason? 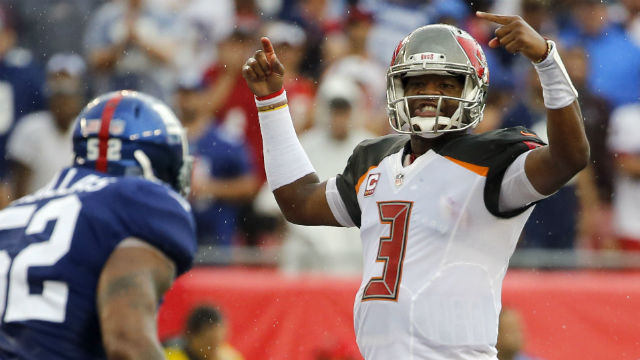 Scouting The Buccaneers: What Can Patriots Expect From Jameis Winston And Co.?