EAST RUTHERFORD, N.J. — By the time New England Patriots cornerback Stephon Gilmore was ruled out of Week 6 with a concussion Saturday afternoon, it likely was too late for the team to change the defensive strategy they had planned all week. So, with Gilmore out, his backup, Johnson Bademosi, had to step in.

Bademosi hadn’t taken a single defensive snap with the Patriots coming into their Week 6 matchup with the New York Jets, so it was a fairly large surprise to see him lining up with the starting defense in warmups.

Bademosi wound up playing 72 total snaps on defense and let up just two catches on two targets for 23 yards. He was the least targeted defensive back on the Patriots’ active roster in Week 6.

“Our coaches do a great job of preparing us to play,” Bademosi said after the game. “Matty P (Patricia), Josh (Boyer), Steve (Belichick), all those guys prepare us to play every snap, so I was ready to go.”

Bademosi understandably drew praise from his teammates and coaches after the game. Belichick said the Patriots “followed the rules to the letter” in deactivating Gilmore late with the concussion, thrusting Bademosi into duty. Gilmore was actually removed from the injury report Friday with an ankle ailment he had been nursing. His concussion hadn’t been documented until he was ruled out Saturday.

“Well, look, every player’s got to be ready to go in the role that he’s responsible for,” Belichick said. “It could happen on the first play of the game or in this case before the game. …

“He played well. He played great, actually,” Harmon said. “We were all on the same page in communication areas. He played with a ton of confidence. We have a ton of confidence in Bademo. Bademo just got here, with the type of approach he takes to the game, always in the stadium, always taking care of his body, always asking questions. Just trying to be on the same page as everybody, and it paid off today, man. Kudos to him, because he really played a great game for us today in a time when we needed it.”

Playing cornerback is nothing new for Bademosi, who let up 18 catches on 25 targets for 284 yards with two touchdowns and one interception in 164 coverage snaps for the Detroit Lions last season. The Patriots acquired Bademosi from the Lions for a 2019 sixth-round pick before the 2017 season began. 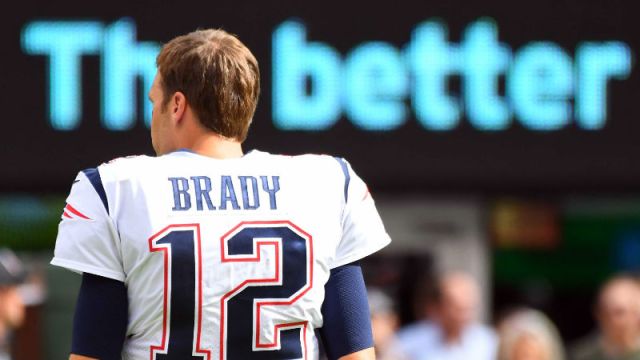