It took the New England Patriots just four minutes and 18 seconds to change the course of their Week 6 matchup with the New York Jets and at least a week’s worth of sports-talk radio programming.

It’s been well established that the Patriots have issues this season, especially on defense. But a loss to the Jets would have been humiliating, regardless of setting.

The Patriots started to mount their comeback early in the second quarter when they marched 93 yards down the field on a nine-play, four-minute and 24-second drive that culminated in a 1-yard touchdown run by Dion Lewis.

It appeared the Patriots would go into the half trailing 14-7 or worse until cornerback Malcolm Butler picked off Jets quarterback Josh McCown at New England’s 37-yard line.

Butler actually had mistimed two jumps earlier in the game. One resulted in a 31-yard touchdown reception for wide receiver Jeremy Kerley. On the other, Butler just got a piece of the ball for a pass breakup.

He timed this one just fine on a poor throw by McCown.

The Patriots had just one down-lineman (Alan Branch) on the field for the play and rushed four while in man coverage. Butler jumped what appeared to be a comeback route by Robby Anderson for the pick.

The Patriots got the ball back with 35 seconds on the clock and easily could have chosen to kneel the ball, since they were down seven points and getting the ball back in the second half after winning the coin toss and deferring.

Instead, Brady came out throwing. His first pass, to running back James White, was batted at the line by former Patriots pass rusher Kony Ealy. White then ripped off an easy 9-yard gain on a draw out of shotgun, leading the Patriots to take a timeout facing third and 1 with 26 seconds left on their own 46-yard line.

Receiver Danny Amendola beat the Jets’ Cover-3 zone with a quick out route for a first down, then Brady tossed a perfect 42-yard bomb that wideout Brandin Cooks caught over his shoulder.

The Jets rushed just two players, which the Patriots’ tackles successfully redirected behind Brady so he could step up in the pocket. The Jets dropped six (6!!) defenders into the middle of the field. That left Jets cornerback Morris Claiborne alone on Cooks. Cooks is faster than nearly every NFL cornerback, and Brady chucked an absolute dime over Claiborne and into Cooks’ waiting hands.

The Patriots then had the ball on the 2-yard line. Brady threw a back-shoulder fade that traveled directly through tight end Rob Gronkowski’s hands. Brady went right back to Gronkowski on the next play.

Gronkowski lined up in the slot, and Ealy bumped him off the line. Rookie safety Jamal Adams hesitated in coverage and let Gronkowski get outside leverage. Brady threw it where only Gronkowski could reach it, and the Patriots suddenly were going into the half tied and primed to get the ball back.

Running back Dion Lewis picked up 11 yards on the Patriots’ first offensive play of the second half after the kickoff. Lewis has to be among the most annoying running backs in the NFL to tackle. He bounces off defenders like a pinball and runs with the power of a 240-pound back.

Lewis and Cooks helped carry the Patriots down the field on the drive. Cooks caught a 16-yard pass from Brady on a deep comeback route, then Lewis had a 7-yard carry. An offensive pass interference penalty and incompletion put the Patriots in a third-and-13 bind but Cooks beat a Cover-3 zone for a 19-yard catch and first down.

The Patriots took the lead on a 33-yard touchdown reception by Gronkowski on third-and-11.

He beat Adams again as the rookie sold out to make a pass breakup. Gronkowski then ran straight past another Jets defender untouched and high-stepped into the end zone. A defensive holding penalty was declined, and the Patriots never gave up their lead.

Thus ends the beauty of the rarely seen and elusive double score. The Patriots won 24-17.

Here are other notes from this week’s film review:

— Tom Brady had his second most inaccurate game of the season. He wasn’t helped by drops from Cooks, Gronkowski and wide receiver Chris Hogan.

— Running back Mike Gillislee continues to gradually increase his yards per carry but still hasn’t ripped off a long run.

— The Patriots’ offensive line had its best game of the season. They didn’t allow a sack and gave Lewis and Gillislee some room to run on the ground.

— Defensive tackle Malcom Brown was a force against the run and helped the Patriots allow just 3.1 yards per carry, and that included a 16-yard scramble by McCown.

— Linebacker Kyle Van Noy had his best game of the season. He had two sacks and made plays in the run game.

— Linebacker Dont’a Hightower recorded the quickest sack of the Patriots’ season. He sacked McCown in 3.47 seconds in the fourth quarter on the Jets’ final drive.

— Cornerback Johnson Bademosi played his first defensive snaps of the season and was targeted just twice. He has size, speed and tackling ability. He might have earned some more defensive snaps after filling in for Stephon Gilmore.

— It’s incredible to watch Devin McCourty tackle as he’s playing closer to the line of scrimmage this season. He made two first-down saving tackles in the contest.

— Safety Patrick Chung rightfully drew praise from his teammates for his work covering Kerley from the slot. Kerley’s two receptions were let up by Butler and Jonathan Jones. Butler drew Robby Anderson for most of the game, while Bademosi covered Jermaine Kearse.

— Butler let up the touchdown but also had an interception and two pass breakups. He also forced the turnover on Austin Seferian-Jenkins’ controversial fumble out of the end zone, which gave the Patriots the ball at the 20-yard line. Butler jarred the ball loose as Jenkins was going to the ground out of bounds and through the end zone. 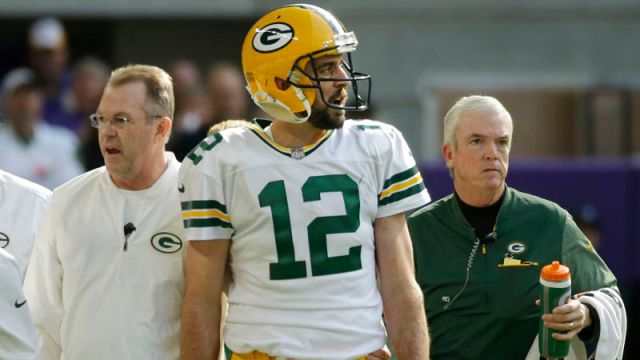 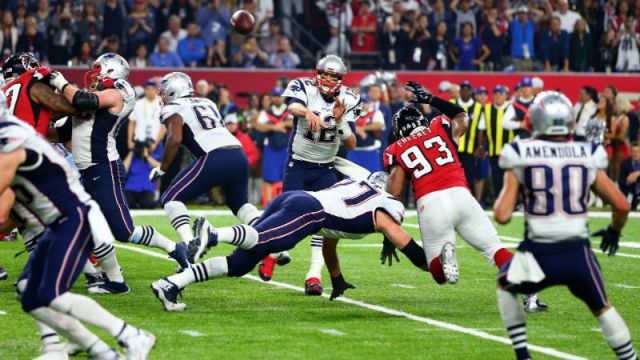