Week 6 in the NFL saw the Green Bay Packers lose quarterback Aaron Rodgers, the Kansas Chiefs lose their first game and the New York Jets lose a crucial touchdown on a controversial call against the New England Patriots. After six weeks, it’s unclear which teams are actually good (other than the usual suspects), and which are pretenders, but we’ll give it our best shot.

Here?s a look at where each team stands in NESN.com?s NFL power rankings as we head into Week 7. (To see our Week 6 power rankings, click here.)

1. Kansas City Chiefs (5-1; last week’s rank: 1): Despite suffering their first loss of the season to a talented Pittsburgh Steelers team, the Chiefs still sit atop the rankings.

2. Philadelphia Eagles (5-1; 6): After beating the Carolina Panthers, the Eagles look like legit Super Bowl contenders. Philly has one of the best front sevens in the NFL, and Carson Wentz has taken a big leap in Year 2.

3. Carolina Panthers (4-2; 4): Yes the Panthers lost to the Eagles, but they still look like one of the better teams in the league, and it wouldn’t surprise us to see them get another shot at the Eagles in the NFC Championship Game.

4. New England Patriots (4-2; 7): The Patriots gave their fans a scare when they fell into an early 14-point hole against the Jets, but Tom Brady and Rob Gronkowski rallied New England with help from a controversial call to take first place in the AFC East.

5. Atlanta Falcons (3-2; 2): Coming off a Week 5 bye, the Falcons should have pummeled the struggling Miami Dolphins. But despite jumping out to a 14-point lead, Atlanta let Jay Cutler and the Dolphins climb back into the game and grab a 20-17 victory. A Super Bowl LI rematch with the Patriots on “Sunday Night Football” looms in Week 7.

6. Washington Redskins (3-2; 9): The Redskins survived a challenge from the pesky San Francisco 49ers to stay within striking distance of the Eagles in the NFC East. They can pull even with Philadelphia with a win on “Monday Night Football” in Week 7.

7. Denver Broncos (3-2; 5): Denver, almost predictably, gagged all over itself in a loss to the short-handed New York Giants in Week 6. While the Broncos’ defense still looks like one of the top units in the league, Denver will need Trevor Siemian to be better if it has any hopes of making noise in the playoffs.

8. Pittsburgh Steelers (4-2; 13): Ben Roethlisberger, Mike Tomlin and Co. continue to own the Chiefs, as they handed Kansas City its first loss of the season. Le’Veon Bell looks to be gaining speed after a slow start to the season, and if Antonio Brown can keep his ego in check, the Steelers could have another postseason run in them.

9. Seattle Seahawks (3-2; 10): The Seahawks are part of a large chunk of teams that are good but have glaring weaknesses. Seattle’s offense has been borderline offensive so far this season, but its defense should keep them in every game.

10. Los Angeles Rams (4-2; 11): A win against the Jacksonville Jaguars means more than it used to, as the Rams used two special teams scores to beat the Jags on the road. L.A. has two winnable games coming up (vs. Arizona Cardinals, at Giants) before facing Deshaun Watson and the Houston Texans in Week 10.

11. Houston Texas (3-3; 14): Watson and the Texans eviscerated the hapless Cleveland Browns on Sunday, as the rookie signal-caller threw for 225 yards and three touchdowns in a 33-17 win. Houston will be tested in Week 7 when they face the Seahawks at CenturyLink Field.

12. Minnesota Vikings (4-2; 15): With Rodgers’ injury and the Detroit Lions’ issues, the NFC North looks like the Vikings’ to win, if they can stay healthy.

13. Jacksonville Jaguars (3-3; 12): Leonard Fournette’s injury appears to be minor, which is good news for the Jags, as the rookie running back has looked like the real deal through the first six weeks. Jacksonville’s defense is good enough to win them the AFC South. Then again, they are the Jaguars.

14. Dallas Cowboys (2-3; 16): Dallas has some work to do coming out of the bye week, and they could be without Ezekiel Elliott, whose six-game suspension was reinstated by the 5th U.S. Circuit Court of Appeals on Thursday. Then again, he still could play against the San Francisco 49ers in Week 7. Either way, the Cowboys should get back to .500 this week.

16. Detroit Lions (3-3; 8): Detroit’s offensive line is downright abysmal, as QB Matthew Stafford appears to be running for his life on almost every play. After a fast start, it appears the Lions have become the Lions again.

17. Buffalo Bills (3-2; 17): Buffalo has some injury concerns heading into its Week 7 tilt with the Tampa Bay Buccaneers, but good teams find a way to win those games.

18. Green Bay Packers (4-2; 3): Without Rodgers, it’s hard to see how the Packers can win many more games. Sorry, Packer Nation.

20. Arizona Cardinals (3-3; 26): Adrian Peterson appears to have given Arizona’s backfield a much-needed boost. Or maybe the Bucs’ defense is just that bad. Hard to tell.

21. Tennessee Titans (3-3; 20): Marcus Mariota willed the Titans to a win over the Indianapolis Colts on one leg. Mariota has to get healthy if the Titans want to compete for the AFC South crown, though.

24. Baltimore Ravens (3-3; 18): Baltimore turned in an atrocious performance against the Chicago Bears, proving our theory that the Ravens’ offense is incapable of coming back from even the smallest of deficits.

25. Tampa Bay Buccaneers (2-3; 19): The Bucs were thrashed by the Cardinals before rallying late behind backup QB Ryan Fitzpatrick to make it interesting. Tampa Bay was a popular preseason sleeper pick to make the playoffs, but currently is last in the NFC South with matchups against the Bills and Panthers coming.

26. Cincinnati Bengals (2-3; 26): Cincinnati can get back to .500 and back into the AFC North picture with a win against the Steelers in Week 7, but don’t hold your breath.

27. New York Jets (3-3; 23): Once the punching bag of the preseason, the Jets have looked much better than anyone anticipated after giving the Patriots all they could handle at MetLife Stadium. Now, however, it’s time to tank.

28. Chicago Bears (2-4; 27): Chicago got the first win of the Mitchell Trubisky era with a 27-24 overtime victory over the Ravens. The Bears should enjoy the win, because their problems are far from solved.

29. New York Giants (1-5; 30): The Giants played smashmouth football against the league’s best rushing defense, and it worked, as New York grabbed its first win of the season against the Broncos. 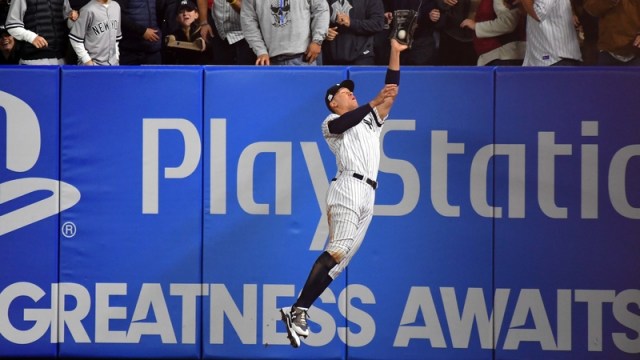 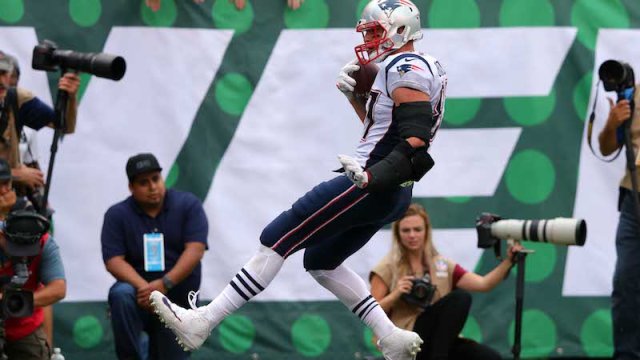