The Boston Red Sox have been playing some great baseball this season, and it has gotten to the point where they’re doing things that haven’t been done in decades, or ever.

It’s not just happening on a team level, but individually as well.

Chris Sale was stellar in Wednesday’s 4-2 victory over the Texas Rangers at Fenway Park, continuing a season-long trend that has been particularly noticeable in his recent performances. So much so that Sale stands alone in Major League Baseball folklore with the results in his last five starts.

The Sox southpaw tossed his fifth straight outing with at least 11 strikeouts and one walk or less Wednesday, something no MLB pitcher ever has done.

But on a broader scheme, the win for the Red Sox — their ninth straight and third consecutive series sweep — is putting them in some special territory amongst Red Sox teams over the franchise’s history.

The Red Sox have again put together a win streak of nine games this season. While doing that once is an impressive feat, doing so twice in a single campaign is fairly unprecedented. In terms of Boston’s history, the pair of nine-game runs is the first time the Sox have accomplished such streaks since the 1948 season.

Incredibly enough, the Sox have a few more opportunities to make history before the All-Star break begins.

Boston begins a four-game set with the Toronto Blue Jays on Thursday, and if it wins just one of those games, its 66 wins will be the most before the break in MLB history.

Here are some other notes from Wednesday’s Red Sox-Rangers game:

— It appears Xander Bogaerts’ offensive tear to begin the season wasn’t just a flash in the pan.

The shortstop has been swinging the bat well lately, with the latest success coming in the form of a three-hit night Wednesday. In the win, Bogaerts smacked an RBI triple to cap off a three-run fifth inning. The three-bagger was the 25-year-old’s second in as many nights as he elevated his average to .283 with an .881 OPS.

— Sale wasn’t the only pitcher to tally some punch outs against the Rangers.

Reliever Heath Hembree had two strikeouts, while closer Craig Kimbrel added four of his own. Combined, the 18 K’s for Sox pitchers mark a season-high in a nine-inning game.

— J.D. Martinez roped a two-run double in the victory, meaning he registered his league-leading 25th multi-RBI game to go with his also league-leading 79 RBIs. 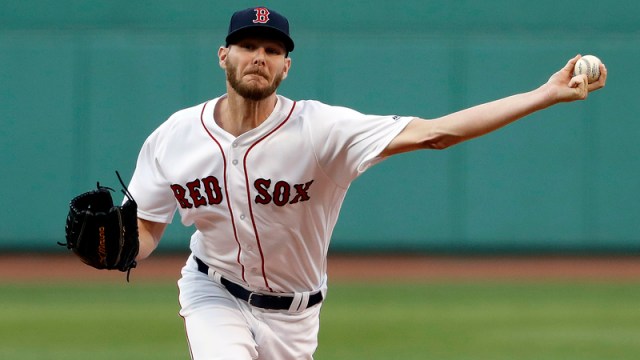 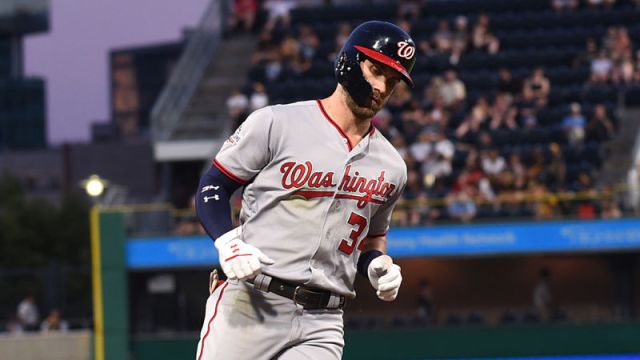