Terry Rozier Hopes Celtics' Winning Streak Gets Everyone To 'Shut Up' - NESN.com Skip to content

The Boston Celtics seem to have found their groove, and Terry Rozier couldn’t be happier.

The C’s won their fifth-straight game Saturday night with a 133-77 dusting of the lowly Chicago Bulls, which showcased seven different players notching double-digit points. Rozier was one of those seven, nailing down 15 with eight rebounds and two assists.

It hasn’t always been this easy for Boston, however, as it started off the 2018-19 season a tad shaky. But now, Gordon Hayward is looking near perfect, Kyrie Irving continues to be a force and the C’s are getting help from unlikely heroes like Daniel Theis.

They now sit at 15-10 on the season, and Rozier couldn’t be more pleased with the Green’s winning ways.

“I mean, obviously it’s been very good for us, winning our last couple games, so we want to keep it going,” Rozier said after Saturday’s win, via MassLive’s Tom Westerholm. “And everybody can shut up, because everybody can be very annoying when we’re losing. Very annoying.”

You certainly can’t blame him for feeling this way. The C’s had extremely high expectations entering the season, especially given last year’s postseason performance without Irving and Hayward.

The Celtics look to be back on track after their latest hot streak, and they’ll hope to continue their run Monday when they welcome the New Orleans Pelicans to TD Garden.

Find the best NBA betting online at Skybook.ag for every Boston Celtics game and more. 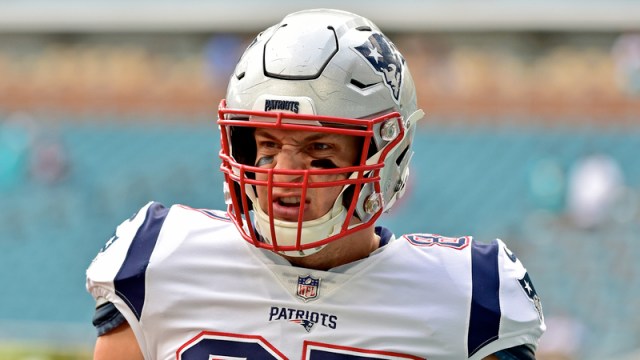