Why Stephen A. Smith Believes Celtics Are Under Most Pressure In East - NESN.com Skip to content

Well, the time finally is here.

The Boston Celtics enter the season as much more likable group in the eyes of many, but they certainly are not void of question marks. The departure of Kyrie Irving and Al Horford has many knocking expectations for Boston down a couple of pegs, but ESPN’s Stephen A. Smith believes the Celtics are the team in the Eastern Conference with the most pressure on them. He specifically pointed Brad Stevens.

“The reason I believe its the Boston Celtics is because at some point and time, we have to start looking at Brad Stevens,” Smith on “First Take” on Tuesday. “Brad Stevens was labeled the golden boy, he was the new kid on the block and obviously he has proven throughout the early part of his tenure in Boston that he can really really coach the game of basketball.

“But I have said this on many occasion, I have never wavered from it, matter of fact it was validated by Terry Rozier and others,” Smith added. “When Gordon Hayward is clearly not ready to go — nice guy, could really play when he’s healthy, was deserving of a $130 million contract — but he wasn’t ready, and Brad Stevens and Danny Ainge inserted him right into that starting lineup and it immediately fragmented the team.”

Smith went on to question how Stevens will handle the new-look squad with Kemba Walker and Enes Kanter highlighting the team’s additions over the summer.

“There are so many questions, and while Philadelphia, Milwaukee and others might be perceived as better, Boston is widely recognized to be the best perimeter team in the Eastern Conference,” Smith said. “So what Brad Stevens does with them .. we look at the Eastern Conference, we’re going to be watching out for them.”

It is rather surprising to suggest that Stevens could be on some sort of hot seat in Boston, but the coach was necessarily blameless in last season’s failure.

Still, short of this year’s squad completely bombing out and missing the playoffs, it’s unlikely to see the pressure rise on Stevens and Co. 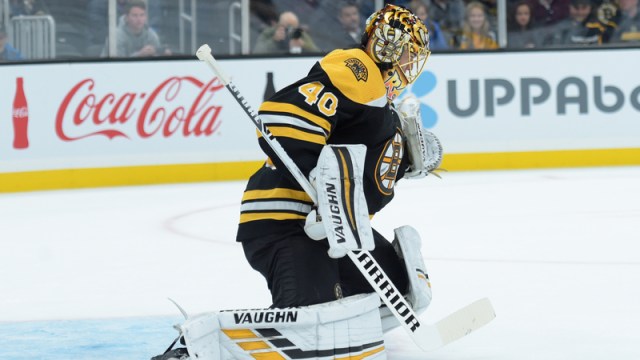