NESN Diary: Pro Sports Can Resume In Massachusetts (And Other Random Thoughts) - NESN.com Skip to content

It’s almost a certainty that we won’t be seeing the Boston Celtics or Bruins back at TD Garden this summer, as the NBA and NHL will look to resume their respective seasons in centralized locations.

But at least they’re now allowed to get back into their respective practice facilities in Brighton, like many teams in other states have been able to do.

That’s right. After more than 11 weeks without them, professional sports are allowed in the state of Massachusetts once again.

Governor Charlie Baker on Friday signed an executive order allowing teams to open their facilities again beginning June 6, given that the teams adhere to their respective league’s safety guidelines.

It didn’t take long for the Celtics to announce their workouts resuming at the Red Auerbach Center, followed by a statement from the Bruins thanking Baker for the work that went into allowing them to return to practice.

So when both leagues officially announce their return dates, the B’s and C’s hopefully will be ready. And if Major League Baseball can catch up to the NBA and NHL on plans to come back, it means the Boston Red Sox can begin a second spring training at Fenway Park. It also could indicate we’re a step closer to the NFL allowing the New England Patriots and the rest of its teams to welcome coaching staff back into facilities.

So it finally feels like we’re going to have sports again. Prior to this week, there was so much uncertainty all around it was hard to gauge if leagues would even resume at all. Nothing felt tangible, but now it’s all slowly coming together.

And while it’s bittersweet that we won’t get to pack TD Garden to cheer on our favorite teams, maybe you can catch a glimpse of them practicing while driving behind the Auerbach Center or Warrior Ice Arena on the Massachusetts Turnpike.

Here’s what else happened in sports today:

— Speaking of everything slowly coming together, things really are happening in the NBA.

Adam Silver reportedly confirmed Friday that the league is targeting a new return date of July 31 at Walt Disney World in Orlando, Fla. Before that, of course, it needs to decide what play will look like.

The NBA surveyed its GMs about return-to-play scenarios and, based on the answers they gave and as conversations continue throughout the week between the league and its players’ association, Adam Silver is expected to put forth a plan next Thursday for the Board of Governors to vote on. And rumor has it, those owners probably will support the format he ultimately decides is best. It’s looking like 20-22 teams will be invited to Disney to get this thing going.

— The NHL has already reached a decision on it’s playoff format, which was announced Tuesday. And around the 24-team postseason are rumors of expanded playoff rosters. NESN’s Logan Mullen predicted what the B’s roster could look like while they try to contend for another Stanley Cup.

— Do you guys love European soccer yet? The Bundesliga was the first sport to come back, but we now have time frames for when three of the other four elite European leagues intend to resume play.

And it means two of the most famous athletes on the planet will be back at their craft.

La Liga, the Spanish league that boasts Lionel Messi and Barcelona, reportedly is making its return on June 11. This news comes after the English Premiere League announced its June 17 comeback, and Italy’s Serie A — complete with Juventus superstar Cristiano Ronaldo — will start back up June 20,

— Meanwhile, while other leagues seem to be making much more progress on a return, the MLB’s farm systems are being decimated by COVID-19.

Teams on Thursday began releasing hundreds of minor league players, with upward of 1,000 players anticipated to be cut through the end of the week, which potentially could spell the end of their careers. The Red Sox announced Friday that the club has released 22 minor leaguers.

While this is horrible news for those men, former-Sox pitcher David Price is stepping up big time for guys in the Dodgers’ organization. Los Angeles’ pitcher has pledged to pay each minor league player in their system $1,000 each during the month of June.

— David Ortiz and Manny Ramirez are two of the greatest players in Red Sox history, but according to Ortiz, there’s no Big Papi without Ramirez’s influence.

— Over the last month, NESN’s Doug Kyed and Zack Cox have been taking a close look at each of the Patriots’ 2020 NFL Draft picks and undrafted free agents. Today, the two Pats beat writers compiled all of those rookie film reviews for you to get a better idea of what life after Brady may look like.

Video of the Day
This came across my timeline today and it made me feel a very brief moment of peace. Enjoy.

EPIC!!! Would you or someone you know enjoy this?

Stat of the Day
Let’s throw it back with the Great One and pretend the Stanley Cup Playoffs are going on right now.

On this date in 1993, Wayne Gretzky set an NHL record with his 8th career playoff hat trick.

Gretzky's effort helped his Los Angeles Kings to a 5-4 win over the Toronto Maple Leafs in Game 7 of the Campbell Conference Finals at Maple Leaf Gardens. pic.twitter.com/BOIdITLbjz

Tweet of the Day
It’s a little difficult to write this column recapping our day in sports when our country is in distress. I have a lot of thoughts on what’s happening in Minneapolis, but it’s all been said already, and more eloquently than I could.

Instead, I’ll leave you with this from Miami Dolphins coach Brian Flores, and the hope that during these trying times we’ve learned to have a little empathy for one another, no matter our differences.

This Stat Shows Just How Clutch J.D. Martinez Has Been For Red Sox 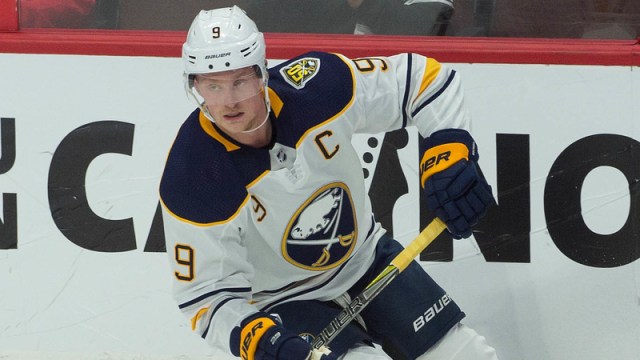 Sabres’ Jack Eichel Sick Of Losing, ‘Been A Tough Five Years’ In Buffalo 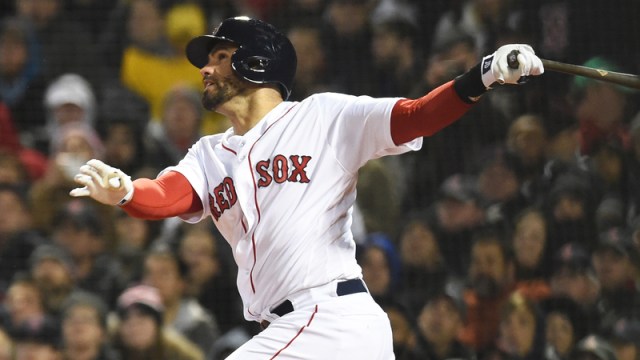 This Stat Shows Just How Clutch J.D. Martinez Has Been For Red Sox