How Cam Newton-Led Patriots Ground Game Made History In Win Over Dolphins - NESN.com Skip to content

FOXBORO, Mass. — The New England Patriots have had more productive rushing performances than the one they enjoyed Sunday afternoon.

They’ve never had a deeper one.

Newton, making his Patriots debut after nine seasons with Carolina, led the way with 75 yards and two touchdowns on 15 carries. All but one of the former NFL MVP’s rushing attempts — and both of his scores — came on either designed QB keepers or read-option plays, with coordinator Josh McDaniels overhauling New England’s offensive approach to make use of Newton’s mobility.

New England totaled 217 yards on the ground, marking just the second time a Bill Belichick-coached Patriots team surpassed 200 rushing yards in a game without a 100-yard rusher. The Pats did not crack 200 in any game last season.

“We had a lot of production in the running game in a number of different ways, but it was pretty balanced,” Belichick said in his postgame video conference. “We got the ball outside. We got it inside. We had multiple ball carriers: Julian, Cam, the backs and so forth. It was a good balance, and the execution was good. Our offensive line, I thought, played well against a physical front.”

Michel, New England’s lead back for the past two seasons, finished with 37 yards and a touchdown on 10 carries. Burkhead had 32 on seven totes. Taylor, an undrafted rookie, played just a handful of offensive snaps but impressed in his first taste of NFL action, averaging 7.0 yards per carry (four for 28).

“We’ve got a great running back room,” center David Andrews said. “We worked really hard at some of the stuff we’ve been doing. It’s been a physical training camp for us. As an O-lineman, that’s what you want to do. The coaches challenged us, and I thought we answered for the most part. … This was a good building block.”

The Patriots also excelled in short-yardage situations, which were a problem area for last year’s team. They faced third-and-5 or less five times and fourth-and-inches once and converted all six.

New England ran the ball for each of those six conversions, often behind heavy personnel.

Two early third-and-1 pickups by Michel came with rookie offensive lineman Mike Onwenu on the field as a tackle-eligible. On the fourth down, which occurred inside Miami’s 5-yard line with just over six minutes remaining, the Patriots’ “skill” players were tight ends Ryan Izzo and Devin Asiasi, extra linemen Onwenu and Justin Herron and fullback Jakob Johnson.

Following blocks by Izzo, Onwenu and Johnson, Newton picked up the first down with relative ease. Michel scored one play later to give the Patriots a 10-point lead.

The challenge now will be replicating this production against teams that have tape on Newton in New England’s offense. The Dolphins also fielded one of the NFL’s worst run defenses in 2019 (22nd in yards allowed per carry), though they made several moves aimed at improving that unit this offseason.

“Miami’s got some big, strong players in there,” Belichick said. “They had a couple of guys from the Patriots last year and signed some defensive ends as free agents, so they have upgraded their roster there. But I thought we played very competitively against them.”

Added White: “We wanted to play physical, and I thought we did that. We obviously still have things to work on, but it?s a great start.” 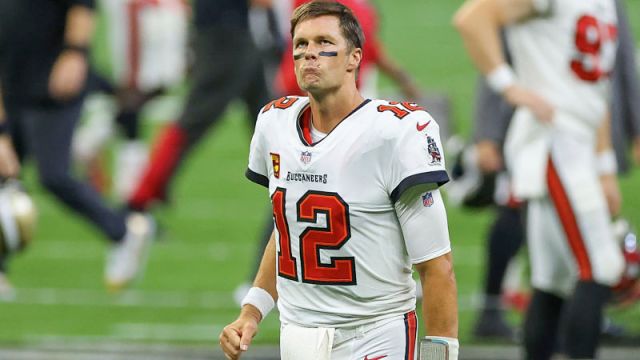 Tom Brady Offers Critical Assessment Of His Debut With Buccaneers 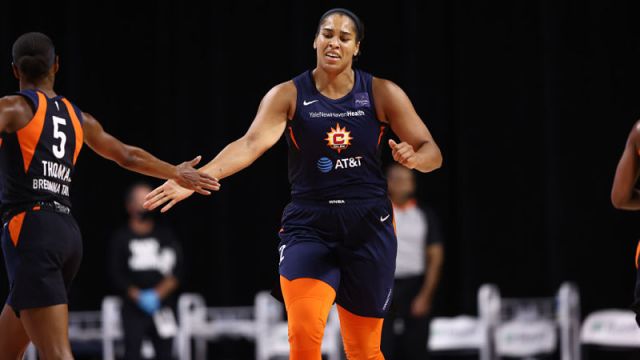