The New England Patriots could use a boost at both wide receiver and tight end. With the Nov. 3 trade deadline fast approaching, here are 12 pass-catchers New England could target:

WIDE RECEIVERS
John Ross, Cincinnati Bengals
2020 stats: two catches, 17 yards (three games)
The Bengals speedster reportedly wants out of Cincy after playing just one offensive snap over his team’s last four games. Ross never has lived up to his lofty draft slot (ninth overall in 2017), but he was productive when healthy last season, tallying 506 yards on 28 catches in eight games.

Will Fuller, Houston Texans
2020 stats: 28 catches, 455 yards, four touchdowns (six games)
Fuller’s injury history is terrifying, but he’s having the best season of his career with DeAndre Hopkins no longer above him on the depth chart, surpassing 100 receiving yards in half his games and topping 50 in two others. The 26-year-old is in the final year of contract, and the 1-5 Texans — who still have some high-placed Patriots ties even after firing Bill O’Brien — should be sellers.

Golden Tate, New York Giants
2020 stats: 19 catches, 156 yards (five games)
This has become an annual tradition. Tate was linked to the Patriots ahead of the 2018 trade deadline and during 2019 free agency before ultimately landing elsewhere. At 32, he’s no longer the 1,000-yard wideout he was for the Detroit Lions a few years ago, but he’d be a reliable target for quarterback Cam Newton. Tate’s 79.2 percent catch rate this season ranks fifth among all receivers with at least 20 targets.

Marvin Jones, Detroit Lions
2020 stats: 14 catches, 146 yards, one touchdown (five games)
Those numbers aren’t particularly impressive, but Tate’s former Detroit teammate was solid last season, posting a 62-779-9 line in 13 games. Matt Patricia and Bob Quinn need to be in full win-now mode if they want to save their jobs, so we likely won’t see a Lions firesale ahead of the deadline. But the 30-year-old Jones, who’s in a contract year, is an obvious trade candidate.

A.J. Green, Cincinnati Bengals
2020 stats: 22 catches, 215 yards (six games)
Green hasn’t looked like an elite receiver in at least two years, and he’s making $18.1 million on the franchise tag this season. That’s a lot to pay for a player who ranked 95th in catches and 134th in receiving yards entering Week 6. Green did finally show signs of life Sunday, racking up eight catches for 96 yards in a loss to the Indianapolis Colts.

Julio Jones, Atlanta Falcons
2020 stats: 23 catches, 350 yards, two touchdowns (four games)
Would New England love to have a receiver of Jones’ caliber? Surely. But his gigantic contract and expected price tag — he’ll probably fetch a first-round draft pick if the flailing Falcons choose to move him — make him an unlikely target for the Patriots, who rarely pay top dollar for wideouts.

Odell Beckham Jr., Cleveland Browns
2020 stats: 23 catches, 319 yards, three touchdowns (six games)
OBJ-to-New England speculation has simmered throughout the three-time Pro Bowler’s inauspicious tenure in Cleveland. Beckham worked out with Newton this offseason. It’s unlikely, but if the Browns are tired of the headaches Beckham can cause, the Patriots would be a fascinating landing spot.

TIGHT ENDS
David Njoku, Cleveland Browns
2020 stats: five catches, 63 yards, one touchdown (three games)
Njoku reportedly requested a trade from the Browns, who signed veteran Austin Hooper and drafted Harrison Bryant this past offseason. The 2017 first-rounder missed most of 2019 with an injury and has played sparingly this season, but he had a productive 2018 as Cleveland’s No. 1 tight end, catching 56 passes for 639 yards and four scores.

Evan Engram, New York Giants
2020 stats: 20 catches, 177 yards (six games)
The Patriots don’t typically target “big slot receiver” types like Engram, who’s done next to nothing for Joe Judge’s Giants this season. Still, he’s shown solid receiving chops in the past when healthy, and the Pats need viable pass-catchers. The Giants picked up Engram’s fifth-year option, so his contract runs through next season.

Tyler Eifert, Jacksonville Jaguars
2020 stats: 11 catches, 93 yards, one touchdown (six games)
The oft-injured Eifert hasn’t looked like a top-tier tight end since 2015, but if the Patriots are desperate for veteran help, he shouldn’t cost much to acquire.

Zach Ertz, Philadelphia Eagles
2020 stats: 24 catches, 178 yards, one touchdown (six games)
For years, the NFL’s upper echelon of tight ends consisted of Rob Gronkowski, Travis Kelce and Ertz. That’s no longer the case. Ertz ranks 20th among tight ends in receiving yards so far this season. Even at 1-3-1, the banged-up Eagles still are very much alive in the horrendous NFC East, so they might not be willing to sell off pieces. But if they do, Ertz would be an obvious candidate with third-year pro Dallas Goedert waiting in the wings. His current injury is a huge red flag, however, as he’s expected to miss the next three to four weeks with a high ankle sprain. That could scare off a Patriots, who would very much like to avoid another Mohamed Sanu situation.

Greg Olsen, Seattle Seahawks
2020 stats: 15 catches, 140 yards, one touchdown (five games)
Who knows if the 5-0 Seahawks would consider moving their No. 1 tight end. They probably wouldn’t. But they do have some depth at the position with Will Dissly and Jacob Hollister, and Olsen’s strong connection with Newton from their time together in Carolina could make him a desirable option for the Patriots. 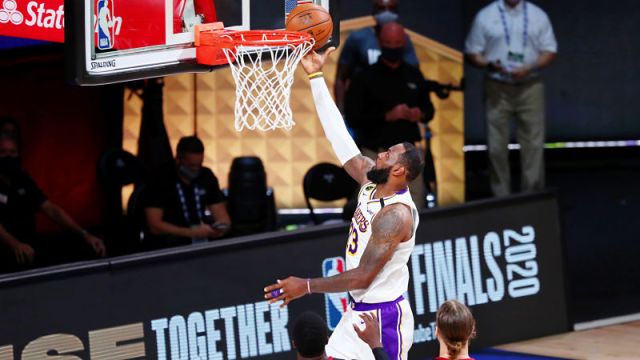 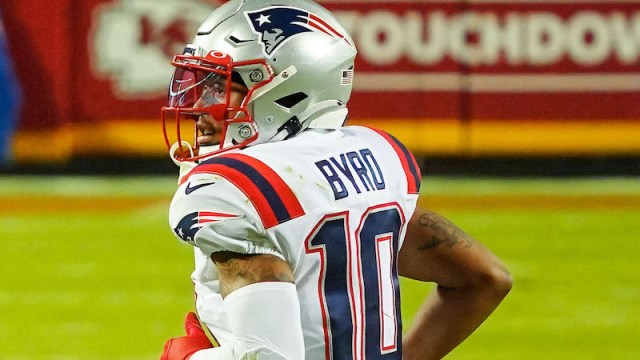 Damiere Byrd Is In Tough Spot As Patriots’ No. 1 Wide Receiver