1. Kansas City Chiefs (4-0, last week: 1)
The Chiefs weren’t up to their high-scoring ways against the New England Patriots, but they still got enough from quarterback Patrick Mahomes and Co. down the stretch to remain unbeaten.

2. Seattle Seahawks (4-0, 2)
It wasn’t always pretty, but quarterback Russell Wilson and the offense scored 14 fourth-quarter points to remain undefeated. The defense could use a few more big plays like the two interceptions they had Sunday, one of which came in the fourth.

3. Green Bay Packers (4-0, 4)
Aaron Rodgers continues to do Aaron Rodgers things, as he threw another four touchdown passes during a win on “Monday Night Football.” We’ll see if the Pack can stay undefeated after their bye week, as they’ll travel to face the Tampa Bay Buccaneers.

4. Baltimore Ravens (3-1, 3)
The Ravens bounced back from their loss to the Chiefs by claiming an easy, 14-point win over the troubled Washington Football Team. The Ravens should have another two wins coming up with the Cincinnati Bengals and Philadelphia Eagles.

5. Buffalo Bills (4-0, 5)
Bills quarterback Josh Allen registered three touchdowns (two passing) in a 30-23 win over the Las Vegas Raiders. Buffalo now has an early, two-game lead in the AFC East after the Chiefs’ win over the Patriots. Could it actually be the year?

6. Pittsburgh Steelers (3-0, 6)
The Steelers were forced into a Week 4 bye week amid a COVID-19 outbreak on the Tennessee Titans. Unfortunately for Pittsburgh, that means it’ll play 13 straight weeks to conclude the regular season.

7. New Orleans Saints (2-2, 7)
Drew Brees got his first win without receiver Michael Thomas, but it came against the struggling Detroit Lions. Now, Brees and Co. will look to keep that momentum with Thomas’ expected Week 5 return against the Los Angeles Chargers.

8. Tampa Bay Buccaneers (3-1, 10)
Quarterback Tom Brady threw for five touchdowns in a hard-fought win over the Chargers. And while the Bucs sit atop the NFC South with a one-game lead, injuries to Brady’s offense might be adding up, as tight end O.J. Howard went down with a torn Achilles.

9. Tennessee Titans (3-0, 9)
The Titans (hopefully) will take on the Bills this Sunday after a Week 4 bye due to their COVID-19 outbreak. The race for the AFC South is going to be interesting to watch with the Indianapolis Colts looking sharp.

10. Los Angeles Rams (3-1, 14)
It certainly wasn’t a decisive victory on the scoreboard, but the Rams’ verdict over the winless Giants earned them their third win in four games, with LA’s only loss coming to the AFC East-leading Bills.

11. New England Patriots (2-2, 11)
The Patriots fell in Kansas City on Monday, but the defense got back to its old ways against a good offense. Of course, New England is hoping for the return of Cam Newton (reserve/COVID list) after its two backup QBs combined for three INTs.

12. Indianapolis Colts (3-1, 15)
The Colts have tallied three consecutive wins since their season-opening loss to the Jacksonville Jaguars. And their defense, headlined by the offseason trade for DeForest Buckner and resurgence of Xavier Rhodes, looks legit thus far.

13. San Francisco 49ers (2-2, 8)
The injuries to the 49ers might not have showcased themselves during a win over the Giants, but they did during a loss to the Philadelphia Eagles on “Sunday Night Football.” If the 49ers can’t recover in a hurry, they could drop down this list rather quickly.

14. Cleveland Browns (3-1, 16)
The Browns also have been the beneficiary of winning three straight, with the offense on full display against the Dallas Cowboys. We’ll see how they look against a much, much better defense in the Colts on Sunday.

15. Chicago Bears (3-1, 17)
Chicago was handed its first loss of the season against Indianapolis, which means Nick Foles is the first Bears QB (not Mitchell Trubisky) to lose a start this season. The Bears are only one game back of the Packers in the NFC North.

16. Dallas Cowboys (1-3, 13)
Things are not looking good in Dallas, and the defense and special teams are to blame. Dak Prescott threw for 500-plus yards in a loss, and the Cowboys very easily could be 0-4 to start Mike McCarthy’s tenure as head coach.

17. Arizona Cardinals (2-2, 12)
The Cardinals have lost consecutive games to, quite frankly, struggling teams. Arizona allowed the Christian McCaffrey-less Carolina Panthers to hang a season-high 31 points after a loss to the Detroit Lions. Arizona has to turn it around quickly, or the Seahawks and Rams might prove too difficult to catch.

18. Los Angeles Chargers (1-3, 19)
Justin Herbert got into a shootout with Tom Brady, but the rookie ultimately didn’t have enough. On top of that, Los Angeles took a major hit with the loss of running back Austin Ekeler, who will be out several weeks.

19. Las Vegas Raiders (2-2, 18)
The Raiders dropped their second consecutive game to an AFC East foe with a Week 4 loss to the Bills. It won’t get any easier, either, as the Raiders now travel to Kansas City.

20. Philadelphia Eagles (1-2-1, 21)
How long will the Eagles be on top of the NFC East? Philadelphia claimed the top spot with a win over the 49ers, but we’re not willing to count on that continuing, especially with the Eagles facing the Steelers and Ravens in consecutive weeks.

21. Minnesota Vikings (1-3, 23)
The Vikings finally earned their first win of the season against the Texans, but they now run into the Seahawks on “Sunday Night Football.”

22. Carolina Panthers (2-2, 28)
The Panthers are coming off consecutive wins over the Chargers and Cardinals despite not having Christian McCaffrey. It’s too bad Carolina plays in one of the best divisions in football.

23. Cincinnati Bengals (1-2-1, 26)
Joe Burrow was given the game ball from his first career win over the Jaguars, and he put the ball back in the bag. That’s a real dude, with the makings to be a top-15 QB by year’s end.

24. Atlanta Falcons (0-4, 15)
Well, they didn’t lose in a heartbreaker Monday against the Packers, but they still lost, nonetheless. And the loss of Julio Jones (hamstring) is the last thing they need.

25. Miami Dolphins (1-3, 29)
Miami has lost to three playoff-caliber teams but returns to face the 49ers at exactly the right time. With San Francisco and Denver in consecutive weeks, QB Ryan Fitzpatrick could be staring at .500 soon.

26. Detroit Lions (1-3, 22)
The Lions actually hung tough with the Saints after a win in Arizona, but they already are three games back in their division. We’ll see how they fare against the Jaguars and Falcons over the next two weeks.

27. Houston Texans (0-4, 25)
Houston has (many) problems. We cut the Texans some slack with losses to the Chiefs, Ravens and Steelers, but falling to the winless Vikings is a whole other thing. Houston since has fired head coach and general manager Bill O’Brien.

28. Denver Broncos (1-3, 24)
Denver dropped down three spots after a win, which isn’t all that common. But when you consider it was a win over the Jets, and the Broncos actually trailed with four minutes left, it makes a little more sense.

29. Jacksonville Jaguars (1-3, 27)
The Jaguars started with some promise, but they have lost to the Dolphins and Bengals in consecutive weeks. They are who we thought they were, after all.

30. Washington Football Team (1-3, 30)
The NFC East has allowed the Football Team to stay in contention, which says more about the division than anything.

31. New York Giants (0-4, 31)
New York actually competed with the Rams this weekend, but Jason Garrett has made the Giants’ offense look miniscule. 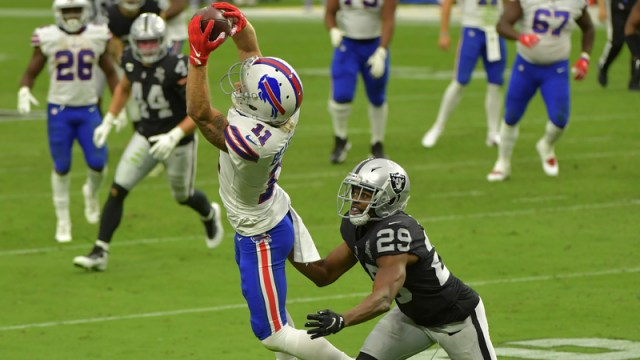 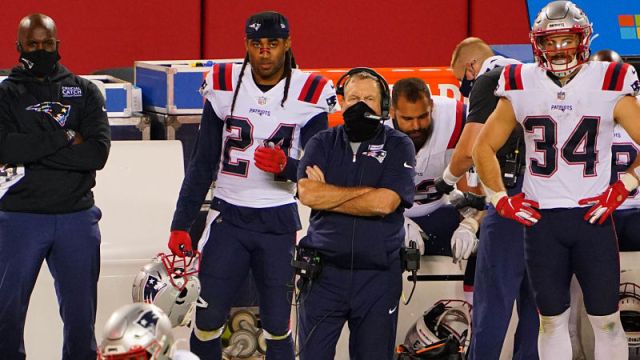