Rays Advance To ALCS With Thrilling 2-1 Win Vs. Yankees In ALDS Game 5 - NESN.com Skip to content

Death, taxes and the New York Yankees getting eliminated from Major League Baseball postseason contention before reaching the World Series.

Such was the case Friday when the Tampa Bay Rays defeated New York 2-1 in Game 5 of the American League Division Series.

The game remained tied 1-1 until Aroldis Chapman took the mound and gave up a home run to Mike Brosseau to make it a 2-1 game.

The Rays now take on the Houston Astros in the AL Championship Series. Game 1 is set for Sunday. 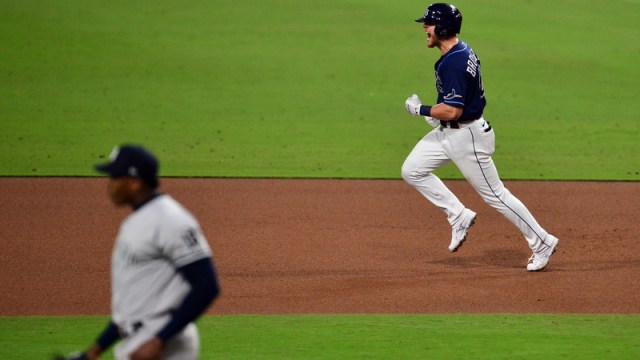