It’s time to dish out some grades.

The 2020 Red Sox season didn’t go the way the team and fans hoped it would. Boston finished last in the American League East for the fourth time in nine seasons and with its worst winning percentage in 55 years. It wasn’t good.

But does that mean a majority of the players deserve harsh grades? Well, yes, but there were some players (and coaches) who deserve praise for their respective performances.

Here are our end-of-season grades for the 60-game Red Sox season:

(Note: We graded Boston by positional groups, rather than grading each individual player.)

Catcher: B+
This grade is as much about backup Kevin Plawecki as it is Christian Vazquez, the usual starter. Viewed mostly as an afterthought entering the season, Plawecki wound up hitting .341 with one homer and 17 RBIs while looking strong behind the plate in 24 games. He proved to be a more-than-capable backup. As for Vazquez, he wasn’t quite as good as he was last season, but the veteran backstop nevertheless hit .283 with seven homers and 23 RBIs. Catcher was a strength for this team.

First Base: A–
This grade is despite an underwhelming sophomore campaign from Michael Chavis, who started 21 games at first base and hit .212 with five homers on the season. No, this is more about Mitch Moreland, who played at an All-Star level before a midseason trade to the San Diego Padres, and rookie Bobby Dalbec, who started 20 games at first and hit .263 with eight homers. At this point, Dalbec has the inside track toward beginning the 2021 season as Boston’s starting first baseman.

Second Base: C
The production the Red Sox got from second base this season simply wasn’t good enough. Chavis, José Peraza, Tzu-Wei Lin and Jonathan Araúz all struggled while splitting time at the position. The lone bright spot: Christian Arroyo, who joined the Red Sox midway through the season and .296 with three homers in 14 games. The 25-year-old likely will enter spring training with a shot at winning the Opening Day second baseman job.

Third Base: B-
This was a tough one. Offensively, Rafael Devers struggled to start the season but caught fire midway through the campaign. However, he scuffled mightily toward the end of the season, finishing with a .263 average to go along with 11 homers and 43 RBIs a year after performing like an MVP-caliber hitter. Defensively, Devers didn’t look ready to start the season and never really caught on, finishing with 14 errors in what only can be viewed as a regression from last year’s step forward at the hot corner. He still is a stud, but this season wasn’t his best.

Shortstop: A
The Red Sox’s most consistent, professional player brought his best in what obviously was a frustrating season. Bogaerts continued playing like one baseball’s premier shortstops, hitting .300 to go along with eight homers and 28 RBIs while providing above-average defense at shortstop. He was excellent.

Outfield: B
This grade admittedly is brought down by Andrew Benintendi, who only picked up four hits in 14 games before a rib injury knocked him out for the season. The ensuing revolving door in the outfield, adequately filled by Kevin Pillar in the first half, was a problem all season. Alex Verdugo and Jackie Bradley Jr. were different stories, though. Acquired from the Los Angeles Dodgers in the Mookie Betts-David Price trade, Verdugo hit .308 with six homers while playing stellar defense in the corner outfield spots. He looks like the real deal. Bradley had perhaps his best all-around season, hitting .283 with seven homers while doing his usual, ridiculous thing in center field.

Designated Hitter: D
There were many reasons why the Red Sox missed the playoffs, and J.D. Martinez remarkably was one of them. The normally exceptional Martinez was anything but in 2020, hitting just .213 to go along with seven homers and 27 RBIs. He has indicated he likely will not opt-out of his current deal during the offseason. If Boston wants to compete next year, Martinez has to perform near his usual level.

Starting Rotation: C-
The rotation faced an uphill battle all season long due to Chris Sale undergoing Tommy John surgery in the spring and Eduardo Rodriguez being lost for the season due to heart complications stemming from his battle with COVID-19. A whopping 16 pitchers started games for the Red Sox in 2020. 16! Still, Boston got solid performances from Nathan Eovaldi (3.72 ERA in nine starts) and Martín Pérez (4.50 ERA in 12 starts). Rookie Tanner Houck also impressed toward the end of the campaign, giving up just one earned run in 17 innings while striking out 21 in three starts. But when your rotation posts a 5.34 ERA, it’s hard to give it anything higher than a middling grade.

Bullpen: D
To be fair, the bullpen was asked to do a lot this season. And, honestly, it had a few decent moments. But Boston’s relievers posted a 5.79 ERA, good for fourth worst in baseball. Phillips Valdez was a bright spot with his 3.26 ERA in 24 appearances.

Manager/Coaching Staff: B
The Red Sox recently admitted that Ron Roenicke was in a no-win situation this year. That he was let go at the end of the season wasn’t due to a major failure on his part. In fact, Roenicke deserves praise for being accessible, accountable and professional all season despite difficult circumstances. And his team always played hard, which is a reflection of the manager. But, when things go as poorly as they did in 2020 for the Red Sox, the coaching staff must shoulder some of the blame. 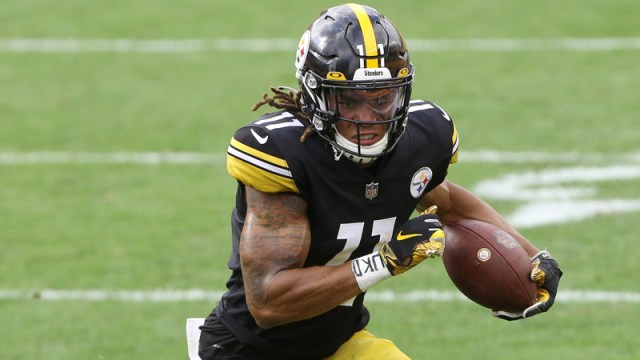 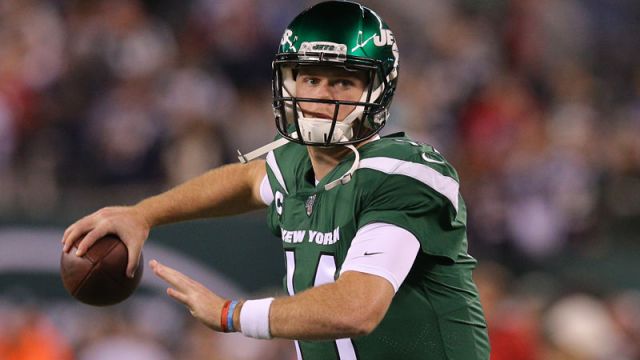