What's Next For Red Sox? End Of 2020 Season Raises Questions For Boston - NESN.com Skip to content

The Red Sox’s season couldn’t end fast enough, as Boston never really stood a chance after losing 18 of its first 24 games en route to a last-place finish in the American League East.

The 2020 campaign figured to be challenging for the Red Sox, because of both their obvious roster flaws, particularly on the pitching side, and the inherent unpredictability of a 60-game regular season. But to say they underachieved would be an understatement.

Of course, this isn’t the first time the Red Sox have faced adversity in recent years. They hit rock bottom in 2012 before winning the World Series in 2013. And they suffered back-to-back last-place finishes in 2014 and 2015 before then securing three straight divisional crowns, culminating with another World Series title in 2018 — their fourth since 2004 — on the heels of a 108-win regular season.

There’s seemingly an extra dose of unknown this time around, though. We’re just now coming up on the one-year anniversary of Boston hiring Chaim Bloom as its chief baseball officer. And while he’s obviously committed to building a sustainable contender, it’s unclear whether that big-picture goal will involve a full-blown restructuring this offseason or rather moves to augment the franchise’s current core.

Change is both necessary and inevitable. The extent of such — and, in turn, the potential timetable for a return to contention — is far less certain, making for a fascinating winter on Jersey Street.

Let’s examine where the Red Sox go from here.

TAKE ME TO YOUR LEADER
The announcement Sunday that Ron Roenicke would not return as the Red Sox’s manager in 2021 was the least surprising news ever. Not because Roenicke did a terrible job or anything. He was dealt a difficult hand, no matter how you slice it. It always just felt like he was a one-year stopgap after being promoted from his previous role of bench coach in wake of Alex Cora’s offseason departure. Removing the “interim” label from Roenicke’s title in April did nothing to change that feeling.

This is where things get interesting, because it’s Bloom’s first opportunity to hire his own manager. Does he already have someone — maybe even several candidates — in mind? Could a reunion with Cora be an option?

Bloom on Sunday sidestepped questions regarding Cora, leaving everyone to wonder whether the Red Sox will at least consider the possibility once the former skipper’s suspension is up this offseason.

“With respect to Alex — and I know this is a question I got a couple times during the season and I think you guys know where I stand on Alex — but I know I didn’t get into very much detail about it during the season,” Bloom told reporters during a video conference. “That was really out of respect to Ron. I thought that Ron deserved to be evaluated without anybody looking over his shoulder. So I know that’s not the case anymore, but I still don’t really want to get into any detail on my thoughts on Alex.

“I don’t want to say anything about Alex that I haven’t already said to Alex and obviously I haven’t spoken to Alex. So there will be a time where I can get into more detail on Alex and his situation and my thoughts on it, but that time isn’t now, so I’m hoping everybody will respect that.”

Regardless, the Red Sox at some point will need to pick a new manager, and team president and CEO Sam Kennedy left no doubt Tuesday that Boston’s baseball operations department — spearheaded by Bloom — will be responsible for the selection.

UNTOUCHABLE?
Bloom subscribes to the theory that no one is “untouchable,” as slapping that label on any player implies you’re not considering all there is to be considered while trying to build the best organization possible. Simply put, it’d be irresponsible to definitively rule out anything, especially when trying to climb out of the basement like the Red Sox.

Still, there presumably are certain players who almost are off-limits, and it’ll be interesting to see whether any evidence — trade rumors, contract negotiations, etc. — pinpointing those players surfaces moving forward.

Xander Bogaerts, Rafael Devers and Alex Verdugo, for instance, seem like logical building blocks. But who else? Where do the Red Sox stand organizationally on their top prospects, including Triston Casas and Jeter Downs? What might Boston’s next core look like?

TOO SPEND OR NOT TO SPEND?
The Red Sox stayed beneath the $208 million luxury tax threshold for 2020, thanks in large to their trade sending Mookie Betts and David Price to the Los Angeles Dodgers. As such, Boston can cannonball back into the free agency pool, if it so chooses, without having to worry about the significant penalties that would’ve come with surpassing the mark for a third consecutive season.

So, will the Red Sox spend aggressively? It’ll likely depend on several factors, including Boston’s internal evaluation — whether Bloom believes the club can contend in 2021 or is best served embarking on a more substantial, long-term rebuild — and how the market takes shape.

“We have a lot of decisions ahead of us and a lot of time ahead of us to see how we might best use our resources in the future,” Bloom said after the Aug. 31 trade deadline. “But we know there is a cost to being over that line. It is something you factor in. It’s something that does impact the organization. So maintaining flexibility allows you to be more opportunistic. And we want to be able to take advantage of opportunities.”

The COVID-19 pandemic could affect how many teams approach free agency this offseason while trying to bounce back from the financial repercussions of 2020. The Red Sox are no exception, although it’s also fair to wonder whether they might opt to capitalize on the circumstances if asking prices for premium talent begin to drop.

The Red Sox might be better off waiting until next offseason, at which point they could have a better gauge on their young, internal talent and be able to fish in a pond that includes Francisco Lindor, Trevor Story, Carlos Correa, Corey Seager, Javier Baez, Kris Bryant, Anthony Rizzo, Freddie Freeman, Clayton Kershaw, Max Scherzer and/or Noah Syndergaard, among others.

Just because the Red Sox have the money now, doesn’t mean they need to spend the money now, especially if the timeline for a return to contention is more likely 2022 or 2023 than 2021.

THE PICK
The Red Sox will own the No. 4 pick in the next MLB draft, if the order is determined by 2020 record as expected. That’ll represent Boston’s highest selection since drafting Mike Garman third overall in 1967.

The draft isn’t expected to take place until next June, at which point the 2021 season (hopefully) will be in full swing. But it’s certainly something to keep on the radar as the Red Sox attempt to build back up their farm system. They should be able to land an elite prospect. 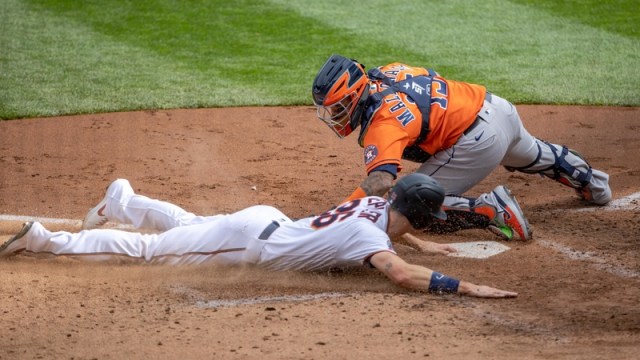 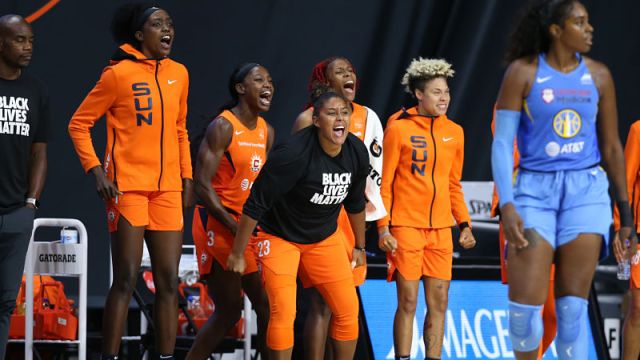