David Pastrnak appears to be mere days away from a return, and that is, of course, fantastic news for the Boston Bruins.

But for one forward, it means they’ll go from player to spectator.

Due to Pastrnak’s injury, as well as the ailment Ondrej Kase currently is dealing with, Bruins head coach Bruce Cassidy has had to get creative fairly regularly with how he constructs his forward group.

He’ll have to fire up the blender once more when Pastrnak is cleared for game action, which could see him enter the lineup as soon as Saturday.

So, what will things look like at that point? First, here’s where things currently stand.

What we do know is this: Pastrnak is going on the top line. That’s an easy one, and Cassidy already confirmed it.

From there is where it gets challenging.

The two most likely candidates to get scratched are Anders Bjork and Jack Studnicka. Bumping Studnicka would likely cause the least amount of roster upheaval.

If Studnicka is scratched, then what likely happens is DeBrusk bumps back down to the second line and plays on his off wing. Every other forward remains in their usual spot. Simple enough.

But Cassidy has reiterated that they would be patient with Studnicka as he tries to find his way in the NHL. Same goes for Frederic, who doesn’t belong on the bubble at all. For now, he’s a roster lock.

So if the Bruins instead elect to scratch Bjork, a few more moves might need to be made.

Frederic and Ritchie seem like the likely candidates to go to the fourth line. However, Frederic was just promoted to the third unit from the fourth, and Ritchie has been arguably Boston’s best forward, looking good in that second line role recently.

However, Studnicka probably shouldn’t play in a fourth-line role, nor should DeBrusk. For the betterment of the group, it might mean that Frederic just returns to the fourth line while duly noting that he had earned his promotion.

From there, in the interest of keeping things as consistent as possible, perhaps DeBrusk goes to the third line left wing where Frederic was, keeping the Ritchie-Krejci-Studnicka second line together until Kase can return.

Such a case would allow all the wingers to play on their strong side, while rolling with line combinations that we know work.

That said, the Bruins’ next games before Pastrnak returns might go a long way in determining some of this, because if any combination goes really well (or not), it might make some decisions easier for Cassidy. 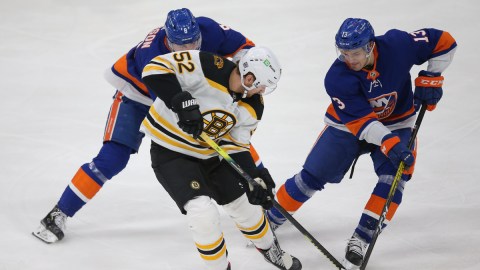 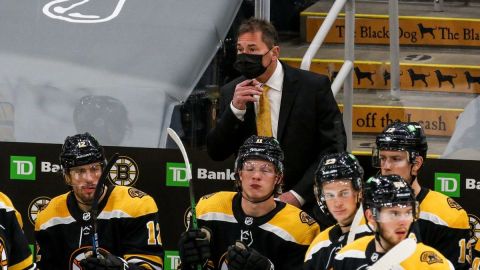 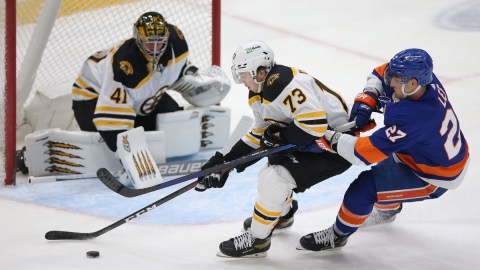 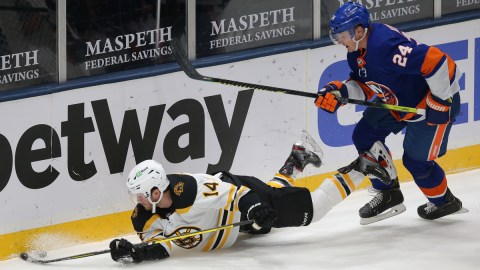