The New England Patriots could wind up being beneficiaries of the unhappiness surrounding certain NFL quarterbacks and their football teams.

In the past two days, Matthew Stafford mutually agreed to part ways with the Detroit Lions, and Green Bay Packers quarterback Aaron Rodgers made some truly shocking comments after losing the NFC Championship game to the Tampa Bay Buccaneers. Deshaun Watson also wants out of Houston, but the Patriots don’t seem like a reasonable option to swing a trade with the Texans.

Rodgers, who is 37 years old and signed with the Packers through the 2023 season, said his future is uncertain. There’s absolutely nothing uncertain about Rodgers’ future unless he wants out of Green Bay through retirement or a trade. The Packers traded up to draft Rodgers’ assumed eventual successor, Jordan Love, in the first round of the 2020 NFL Draft. It would be understandable if Rodgers decided that if Green Bay wasn’t going to commit to him, then he wouldn’t commit to the Packers, either.

And the most natural fit for Rodgers would be in San Francisco, near where he grew up in Chico, Calif., for the 49ers. The Niners, who went 6-10 in 2020 while dealing with a slew of injuries one year after losing Super Bowl LIV, are definitely one Aaron Rodgers away from being championship contenders once again.

The Packers are on the 49ers’ schedule next season, by the way.

The 49ers could be in on the chase for Watson if they?re willing to fork over the draft capital to make it happen. Watson, like Rodgers, would make San Francisco immediate Super Bowl contenders.

Stafford also could land in San Francisco since the 49ers don’t seem fully committed to their current starter Jimmy Garoppolo. Stafford is older than Garoppolo but has been more consistent and dependable over the course of his NFL career. If the 49ers are simply looking for a fresh start at the position, then Stafford is as good of a choice as any.

Of course, the Patriots could be involved in any trade discussions around Rodgers and Stafford, as well. Either quarterback is worth a first-round pick (and more in the case of Rodgers). It’s difficult to find a franchise quarterback, and that descriptor fits Stafford perfectly. Rodgers, of course, is on a whole other level.

But what if the Patriots could keep that first-round pick while also acquiring a starting-caliber quarterback?

The Patriots’ best course of action might still be to wait until the rubble clears and see if they can get a deep discount on Garoppolo.

Stafford is better than Garoppolo because he has more of a proven track record of staying healthy and playing well. But if you compare some composite advanced statistical rankings from the two QBs over the course of their starting careers, they come out looking extremely similar.

Outside of partial seasons in 2018 and 2020, Garoppolo has been a near-top-10 quarterback.

Stafford has much better durability than Garoppolo, although Garoppolo is almost four years younger. They’re both signed for two more seasons, though Stafford will cost $43 million versus $51.1 million for Garoppolo. Either deal could be restructured.

But it will almost certainly take a first-round pick for Stafford. And he’s worth that despite his age, inconsistency and wear and tear.

We’re not necessarily saying this is realistic, but PFF mocked Alabama wide receiver and Heisman Trophy winner Devonta Smith to the Patriots on Monday. Would you rather have Stafford and a second-round pick or Smith and Garoppolo, who already knows the Patriots’ offense?

Garoppolo comes with plenty of risk. In three seasons since landing in the Bay Area, he’s started more than six games once. Of course, he also helped lead the 49ers to a Super Bowl that season. Since 2017, the 49ers are 22-8 with Garoppolo as the starter and 7-27 without him while starting Brian Hoyer, Nick Mullens and C.J. Beathard, who are by no means the worst backups in the NFL.

The Patriots would also probably need to sign a dependable backup or take a quarterback in the middle of the 2021 NFL Draft, but with so many rookie and veteran options available at quarterback, Garoppolo just seems to make the most sense.

The 49ers do need to be willing to part ways with him, however. And if they can’t get Rodgers or Stafford, then San Francisco might just be willing to stand pat with Garoppolo and see if he can lead them back to the playoffs in 2021 for all of the above reasons. 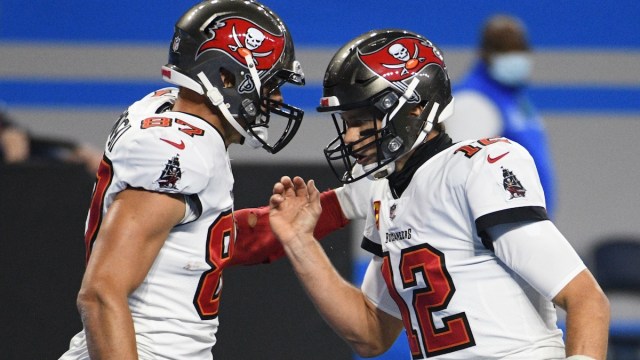 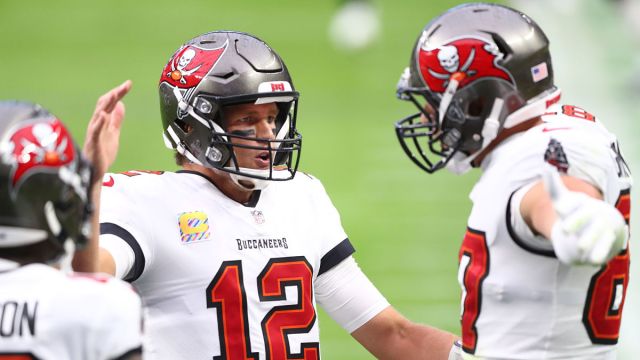