The New England Patriots may have surprised some with their decision to trade up the board and select Alabama defensive tackle Christian Barmore in the second round of Friday’s 2021 NFL Draft.

But it seems like there should be plenty to like if you’re a Patriots fan, especially given the fact that Barmore earned player comparisons to Ndamukong Suh, Richard Seymour and Jarvis Green from ESPN analyst Booger McFarland.

Barmore, of note, is 6-foot-4 and 310 pounds. The Patriots selected him No. 38 overall after a trade with the Cincinnati Bengals, and he was considered the top defensive tackle in the class. The Patriots traded Nos. 46, 122 and 139 to the Bengals to select Barmore.

“I think he can be outstanding. Think of (Ndamukong) Suh, more of a power player than a speed guy,” McFarland said during the ESPN broadcast immediately after the No 38 pick. “He’s not Aaron Donald, but what he can do, he has the capability to stop along the inside, interior of the line of scrimmage, run tackle to tackle. He can dominant.”

“A mountain of a man, strong. On third down, he has pass-rushing ability to get vertical, get to the edge,” McFarland continued. “He fits in what they want to do in New England, when they go from 4-3 to 3-4. Think Richard Seymour, think Jarvis Green, think players that are that size. Bill (Belichick) loves big players, and what you have is a big athletic man in Christian Barmore, who has pass-rush ability.”

McFarland probably knew he’d get the attention of those in New England seeing as though Seymour, as you may recall, played eight years with the Patriots. He was named to seven Pro Bowls, won three Super Bowls and was a three-time All-Pro selection.

Barmore was named the Defensive MVP of National Championship game for the Crimson Tide, too. 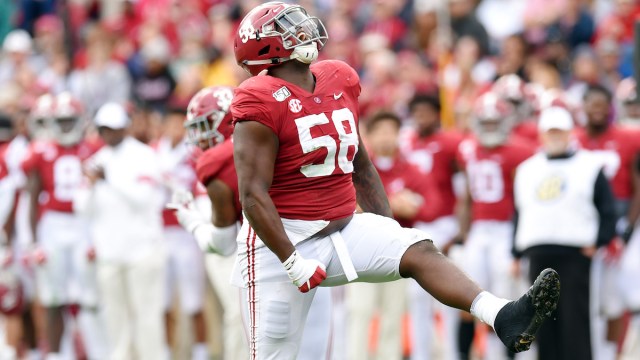 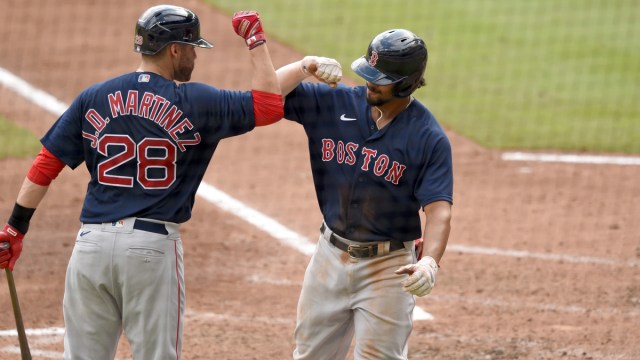