In the weeks leading up to the 2021 NFL Draft, NESN.com will be taking a closer look at this year?s quarterback class and how each player could fit with the New England Patriots. First up: North Dakota State’s Trey Lance.

1. He has a velvety smooth delivery and an absolute bazooka of an arm. The ball rockets out of his hand.

2. His pocket presence is top-notch. Incoming pass rushers rarely fluster him or disrupt his footwork.

3. He doesn’t make many mistakes. He didn’t throw a single interception on 287 pass attempts that season, and Pro Football Focus credited him with just four turnover-worthy plays.

4. He runs like a truck, routinely plowing over and through defenders. He also has the speed and athleticism to outrun them.

Lance was the best player on the field in every collegiate game he started, accounting for 42 total touchdowns as a redshirt freshman in 2019 as he led powerhouse North Dakota State to a 16-0 record and its third consecutive FCS national championship.

That’s what makes him such a difficult prospect to evaluate.

From a pure physical tools standpoint, Lance might be the most talented quarterback in this year’s draft. But he’s also the riskiest of the five premier QBs (him, Trevor Lawrence, Zach Wilson, Justin Fields and Mac Jones) given his small-school pedigree and lack of starting experience.

Lance started just 17 games in college and didn’t face a single FBS opponent. Not one. Very few of the defensive players he matched up against have been or will be drafted by NFL teams. He also had nearly his entire 2020 season wiped out by the pandemic, playing only what essentially was a one-game draft showcase against Central Arkansas last October. (Lance struggled as a passer in that game, completing just 50 percent of his passes and throwing his only career interception.)

Seventeen career games, all against lower-level competition, and just one in the last 15 months. Projecting Lance’s NFL potential off that small sample size isn’t easy.

The offense Lance played in at NDSU also complicates his evaluation. Though they ran a pro-style system (more on that in a bit), the Bison were a rush-focused outfit in 2019, running the ball on roughly 70 percent of their offensive plays, including a heavy dose of designed quarterback runs. Lance attempted fewer than 20 passes in more than half of his starts — including seven outings with 15 passes or fewer — and topped 25 pass attempts just twice.

In the FCS national title game against James Madison, Lance ran the ball 30 (!) times and threw it just 10. He finished with six completions for 72 yards, though he did pick up three defensive pass interference penalties on incomplete deep balls.

There also are concerns about Lance’s accuracy, as his advanced metrics in that area aren’t pretty relative to his peers.

Research by Ian Wharton of Sportsbook Review, Derrik Klassen of Football Outsiders and others shows Lance was by far the least accurate downfield passer of the Big Five QBs, ranking well behind Lawrence, Wilson, Fields and Jones in accuracy percentage on passes of 10-plus yards and 20-plus yards.

Lance also was nearly 20 points behind those four in percent of accurate passes on third and fourth down. His 72.0 percent adjusted completion rate in 2019 ranked 72nd among Division I quarterbacks, per PFF. Wilson, Fields and Jones all were over 80 percent in 2020, and Lawrence was at 77.3 percent.

There are a number of similarities to draw between Lance and Josh Allen, the big, mobile, strong-armed Buffalo Bills quarterback who was drafted seventh overall out of a non-Power Five school (Wyoming) in 2018. Allen was highly erratic over his first two pro seasons before upping his completion percentage by more than 10 points and becoming an NFL MVP candidate in 2020.

Those are the main question marks surrounding Lance. But in our eyes, his upside outweighs the risk that he might not measure up against NFL-quality defenses or that his accuracy won’t develop.

That’s not just based on his obvious physical gifts, either. We mentioned the offense he played in at North Dakota State. Though it was more run-focused than any system he’ll likely be running in the pros, head coach Matt Entz asked a lot of Lance. He was tasked with deciphering the defense, setting the O-line protection and executing checks and audibles at the line pre-snap, then making full-field progressions and reads post-snap — all as a 19-year-old freshman. That’s far from commonplace in the college ranks, where many teams relay signals to each player from the sideline and simplify their QBs’ reads.

It’s also worth noting Lance lined up under center far more often than his fellow 2021 draft hopefuls. That’s a desirable skill for a team like the Patriots, who utilize fewer shotgun or pistol formations than most NFL clubs.

Scouting reports describe Lance’s football IQ, maturity and work ethic as outstanding, and at just 20 years old, he has boundless growth potential. He still might need to sit for a year while he adjusts to the NFL game, though, and if he lands in New England, he’d have an ideal early-career mentor in Cam Newton, the best power-running quarterback of his generation.

“I could see Bill Belichick having an affinity and a lot of fun with a guy like Trey Lance,” NFL Media draft analyst Daniel Jeremiah said last month.

Landing Lance almost certainly would require a trade-up for the Patriots, who currently own the 15th overall pick. Lance could go as high as No. 3 to the San Francisco 49ers (though they reportedly prefer Jones) and is likely to be off the board within the top 10.

It will be interesting to see where Lance is selected in relation to Fields, who boasts a similar (but not identical) dual-threat skill set but was a two-year starter in one of college football’s elite conferences. 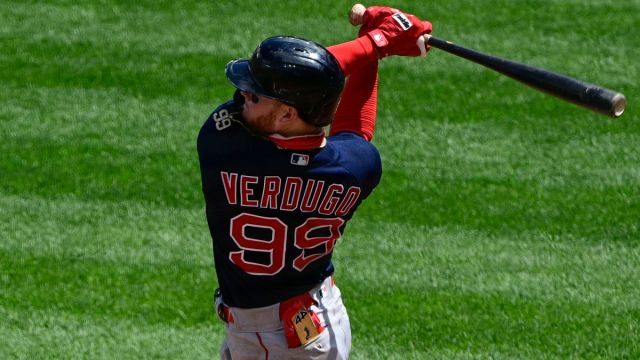 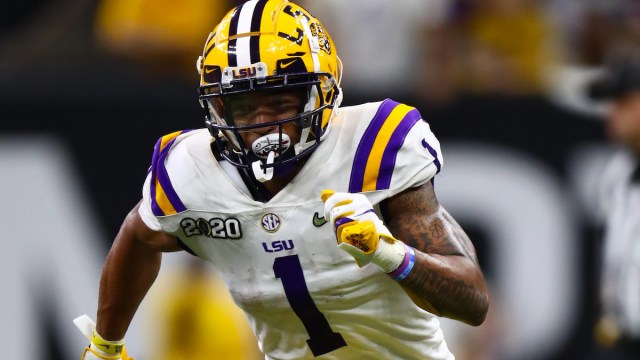