The Boston Red Sox just don’t seem to have an answer for the Houston Astros.

Boston dropped its third straight Wednesday night in a 2-1 loss to Houston at Minute Maid Park.

Nick Pivetta did enough to win, and had nine strikeouts in the process, but the bats fell flat despite having chances to tie the game or take the lead. Most notably, Boston put the tying run in scoring position in the ninth.

GAME IN A WORD
Meh.

It’s been a tough series thus far for the offense, and that continued Wednesday night.

ON THE BUMP
— Pivetta ran into some trouble in the first when the Astros loaded the bases with one out. A Yuli Gurriel sacrifice fly tied the game at 1-1, but Pivetta was able to get out of the jam and limit the damage by getting Robel Garcia to strike out.

The right-hander settled down and tossed a scoreless second and third with four strikeouts. But the Astros took their first lead of the night in the fourth after Kyle Tucker tripled to lead off the frame and later scored on a groundout to go ahead 2-1.

— Darwinzon Hernandez came in for the seventh and tossed a 1-2-3 inning that ended on an outstanding play from Xander Bogaerts.

— The eighth belonged to Hirokazu Sawamura and he got two outs before giving up a double to Alex Bregman, which was enough to make a pitching change.

— Josh Taylor had some help from Christian Vázquez to end the inning when he picked off Bregman at second.

IN THE BATTER’S BOX
— The Red Sox loaded the bags with two outs, and Hunter Renfroe drew a walk on four straight pitches to give Boston a 1-0 lead. But what could have turned into a disaster for Houston ended up ending with the Red Sox getting just the lone run on the board.

— Boston couldn’t get much done against Framber Valdez, though. Despite having the tying run on in the fifth, sixth and seventh, the offense just couldn’t generate anything.

— Renfroe laced a one-out 107 mph single that brought pinch-hitter Danny Santana to the plate in hopes for some late-inning magic, but he struck out after a lengthy at-bat. A single from Vázquez put Renfroe in scoring position with two out and Christian Arroyo at the dish, but he popped out to the end the inning.

— Rafael Devers and Arroyo had two hits each, while J.D. Martinez, Vázquez and Renfroe had one apiece.

TWEET OF THE GAME
It’s not often Bogaerts goes quiet.

UP NEXT
The Red Sox wrap up their four-game set with the Astros on Thursday afternoon. First pitch from Minute Maid Park is set for 2:10 p.m. ET. 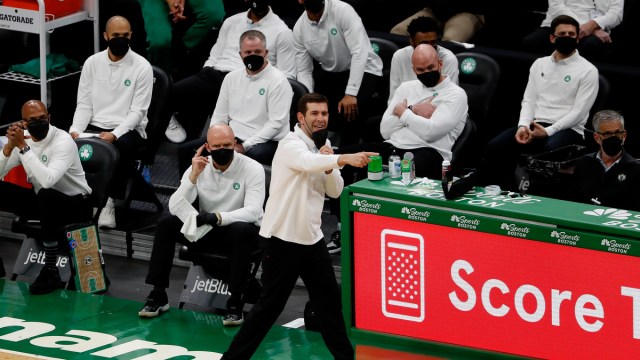 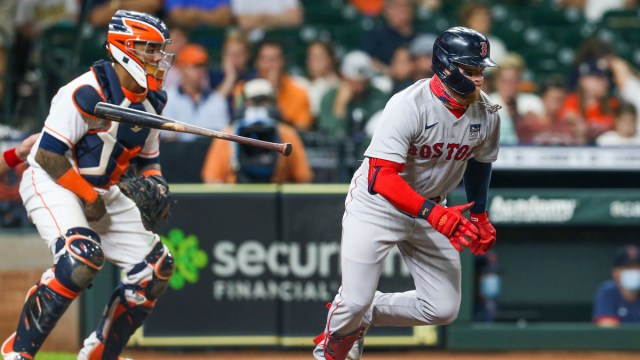