Xander Bogaerts Confident He, Red Sox Will Break Out Of Recent Slump Skip to content

Xander Bogaerts is going through something he never has over the course of his Major League Baseball career. But he knows, like everything else, he’ll get through it.

The Red Sox shortstop went 0-for-3 with a walk in Boston’s 2-1 loss to the Houston Astros on Wednesday night.

It’s been an uncharacteristic slump for Bogaerts. So uncharacteristic, in fact, that it’s never happened before. According to The Boston Globe’s Alex Speier, this is the first time Bogaerts has gone hitless in six consecutive games.

Still, his personal slump, and the slump the Red Sox are facing, is not something the 28-year-old is worried about.

“Sometimes you go through a slump like this. It’s very unexpected,” he said over Zoom after the game. “The other day I was feeling real good, and now I’m feeling real bad. Nothing that I swing at is good, and even when I put the ball in play … it’s not finding any holes. We just gotta continue to work, man, because no one’s gonna feel sorry for us. You gotta wake up tomorrow, come in here and put in the work. It’s not like you show up and don’t do anything. Just continue putting in the work. That’s the only thing that matters. I’m telling you from experience the results will change and we’ll be alright.

“It’s really frustrating on my part. It’s just a tough time for us to be going through this right now. … I’ve been felling pretty bad, just not being able to pick up the spin of the ball, and I’ve been through this. I’ve been in stretches where I’ve definitely looked worse. … I know I’ve been in situations where I’ve felt much worse and looked much worse. … I’m coming back here (Thursday) and I’m gonna be the first one in the cage and continue to work.”

We’ll see if Bogaerts and the Sox can end their respective slumps when Boston wraps up its four-game set with the Astros on Thursday afternoon at 2:10 p.m. ET. 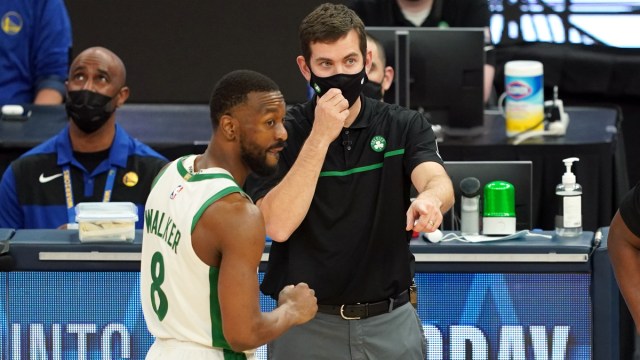