Could Bucs Get In Trouble For Not Reporting Tom Brady's Torn MCL? Skip to content

The TB12 Method seems to be working, as if the world needed any more evidence of that, but Tom Brady having played most of the Buccaneers Super Bowl run last season with a torn MCL is the latest example.

But could Tampa Bay get in trouble for not reporting the injury?

CBS Sports’ John Breech explained how that could be a plausibility, citing a portion of the NFL handbook in a recent piece and laying out possible disciplinary actions the league could take, should it so choose.

Although this will look legendary on Brady’s résumé, it’s not necessarily a good thing for the Buccaneers that this injury news leaked out on Thursday and that’s because it could put them in hot water with the NFL.

The problem for the Buccaneers is that if Brady played the entire season with an MCL tear, then he should have been listed on the team’s injury report each week during the season. The NFL has a specific rule that covers this exact situation and the rule is pretty clear.

From the league’s handbook:

“All players who have reportable injuries must be listed on the practice report, even if the player takes all the reps in practice, and even if the team is certain that he will play in the upcoming game. This is especially true of key players.”

The italicized portion of the above quote is literally UNDERLINED in the league’s operations manual. The fact that the NFL also mentions specifically that all “key” players should be on the report is something that will make this difficult for the Buccaneers to argue their way out of.

Per the handbook, failure to properly cite all injuries on the injury report could result in a fine on the team and individuals involved, suspension, and even forfeiture of draft choices.

An NFL spokesperson declined to comment about whether the league would take disciplinary action, per Pro Football Talk.

Certainly, NFL athletes play through injuries on a daily basis, so we’ll see how this plays out. 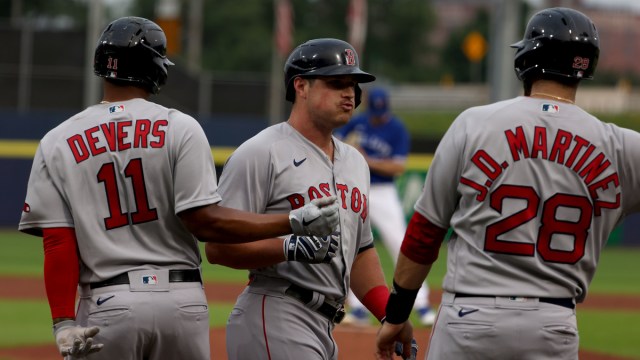