What Does David Krejci Leaving Mean For Bruins Going Forward? Skip to content

The Boston Bruins will usher in a new era in their top six this season.

Longtime second-line center David Krejci announced Friday that he would return to his native Czech Republic to continue his professional hockey career. It’s the end of a legendary 14-year run in Boston, one that leaves a significant void up the middle for the Bruins.

The business moves quickly though, and the Bruins now need to figure out what they’re going to do with Krejci out of the picture.

In hindsight, it makes the slew of versatile forward additions when free agency opened far more understandable. Krejci is an elite player, and there’s no easy way to replace him. The Bruins always could explore options outside the organization, but given their limited cap space, they all but certainly would have to come via a trade.

As far as internal options, the easy idea is moving Charlie Coyle up. Overall, Coyle when healthy is an above-average third-line center and an average second-line pivot, so the ideal situation for the Bruins probably would be to have him stay put.

Erik Haula can center a line, and so too can Nick Foligno. Both would be fair options that can bring poise and some play-driving to the unit. The preference likely would be to use them as wingers, however.

What might happen is the Bruins go the prospect route. Jack Studnicka was really solid in camp last season and broke with the main club as a winger. He’s a natural center, and one that projects to possibly be a top-six center in his career. Perhaps he seizes this opportunity in training camp to grab hold of a spot centering Taylor Hall and Craig Smith. Those are two really good flanks to have for a young center.

The Bruins could give the unit a different look and have Trent Frederic, also a natural center, take a crack at the role. While he impressed early on this past season, his offensive game was capped and he would need to take a step forward as a playmaker to shoulder such a role.

There are options, and Don Sweeney said the Bruins would do things by committee more often this season. In an ideal world, Studnicka will show up in camp and grab hold of the job and perform it well, giving the Bruins a low-cost, internal option at the role. If that doesn’t work, there are contingencies. 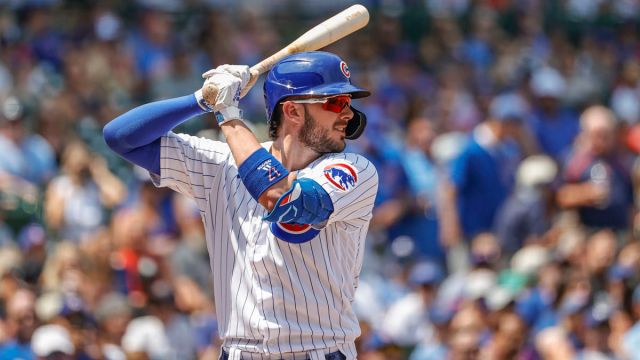 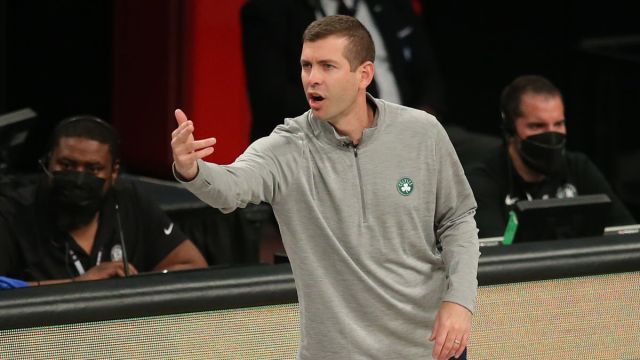