The Boston Bruins are working from abundance.

Many figured entering the start of free agency that the Bruins would add one, maybe two forwards to their group. Instead, they added three, plus put a few others on two-way contracts. Nick Foligno, Erik Haula and Tomas Nosek all can play multiple forward positions and are NHL-caliber players. Steven Fogarty, who was added on a two-way deal, has NHL experience, too.

Depending on how much the roster changes between now and the start of the season, we might start seeing a slightly new approach ushered in by the Bruins.

“I think we’re going to be a little more by committee overall and depth and lean on that,” Bruins general manager Don Sweeney said Wednesday over Zoom. “All the players that were brought in have significant experience, they’ve played in different roles. I don’t think we worry about our top line too much, barring injury.

“And then a few complements down below, whether it?s Charlie (Coyle) or Erik or Nick and moving players around. Craig Smith came in and did a tremendous job really in three different roles playing up and down the lineup. And it’s an opportunity for somebody to get in that front power play group that’s pretty darn good there as well. And then the internal competition, which I think is always healthy. But I think the versatility of the group, as I referenced ? each and every one of those guys are penalty killing guys, they’re good on faceoffs and they?re versatile.”

Think about it. In the past, the Bruins generally have had their core 12 forwards, and the healthy scratches often were a veteran center (Par Lindholm, Greg McKegg) and maybe a prospect (Jack Studnicka, Trent Frederic, Karson Kuhlman). If Boston needed to shake things up, it basically would be banking on a prospect proving to be NHL-ready or the one veteran depth option serving as a stopgap. If it doesn’t work out, the Bruins basically have to just make do.

Sweeney didn’t shut the door on a trade happening, but he also didn’t commit to moving players in or out. If the Bruins really are hellbent on having a lot more depth and doing things by committee, then it’s possible they roll with the group assembled right now. That is not necessarily a bad thing.

If the top six remains as it has been, the Bruins, in theory, would have Haula, Foligno, Nosek, Jake DeBrusk, Coyle, Chris Wagner, Curtis Lazar, Frederic, Studnicka, Kuhlman, Fogarty, Anton Blidh, Jesper Froden, Oskar Steen, Zach Senyshyn and Cameron Hughes among those competing for a spot. That’s 16 players with NHL experience fighting for six roles.

Debate amongst yourselves which is the best combination of six, but no matter what that is absurd depth, the likes of which the Bruins really haven’t had in a while.

Not only is it going to give players a shorter leash to make an impact, but it also means the Bruins can play to the matchups more. If they need a more physical fourth line, they have players like Blidh and Wagner. If they need more skill in the bottom six, that’s what Haula, DeBrusk and Nosek can provide.

If nothing else, the Bruins have options. Lots of them. That could impact both how they view competition going into camp, but also their willingness to possibly part with some players if trade opportunities arise. We still have about six weeks to go until training camp starts, but Sweeney has positioned himself well. 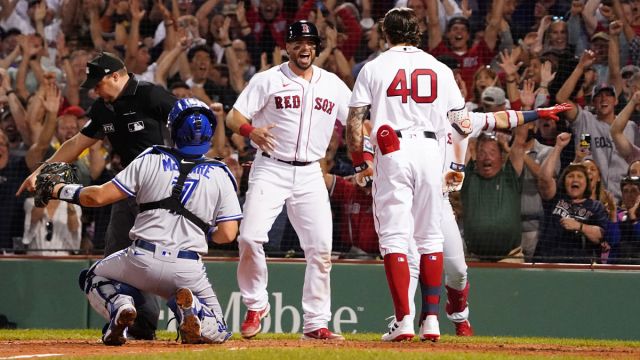 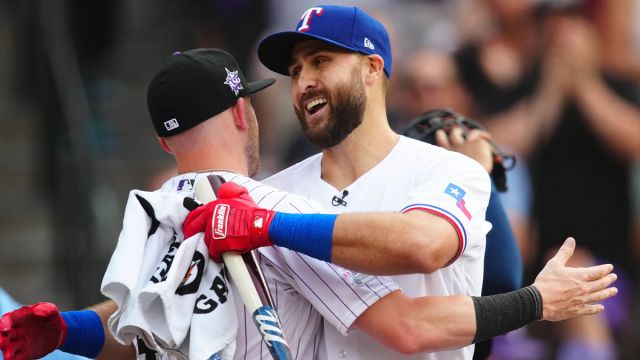