Alex Cora doesn’t want you to get the wrong idea about the Red Sox.

Yes, Boston is one of just six teams in Major League Baseball that has yet to reach the 85-percent vaccination threshold that would allow for relaxed protocols. But as the Red Sox manage a COVID-19 outbreak that has impacted 11 members of the organization — eight players and three coaches — Cora doesn’t think having a high vaccination rate would have prevented their current issue.

Cora, responding to a Tweet from Dan Shaughnessy of The Boston Globe, shared his stance about the role vaccination may play in Boston’s current situation on Wednesday in an appearance on WEEI’s Merloni & Fauria.

“There’s more to this,” Cora said. “Without getting into details of our situation, I don’t think what (Shaughnessy is) saying is correct, in a sense. The 85-percent, there’s less testing, a lot of things you can do as a group because you’re there. But I don’t think it’s one of the reasons we’re getting COVID. It’s happening all over the world.”

What Cora was alluding to in his radio appearance was corroborated by chief baseball officer Chaim Bloom, who said before Wednesday’s game that “the majority of” the Red Sox’s nine positive tests were breakthrough cases — positive tests in vaccinated individuals.

But Bloom didn’t want to speculate on what may have happened had the Red Sox had a higher vaccination rate.

“We have a lot of breakthrough infections,” he said. “There’s no real way to know if it would have been different if we had a higher vaccination rate or not. In this case I don’t know that that’s knowable, and it doesn’t seem that helpful to play the what-if game.”

Bloom also shared his strong feelings about the vaccine, noting that he wished everyone in the organization would get the shot. 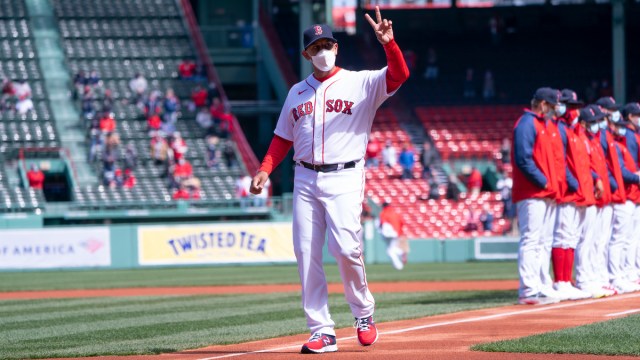