FOXBORO, MASS. — Rhamondre Stevenson currently is going through what so many young Patriots running backs have endured over the years.

But the promising rookie has a willing — and capable — mentor in James White.

Stevenson excelled during training camp and the preseason, to the point he made Sony Michel expendable and earned a top backup role in Week 1 — a rarity for a rookie Patriots running back. But the fourth-round pick struggled in his debut, committing one fumble and blowing multiple blocks before landing on the bench.

Consequently, Stevenson was inactive last Sunday against the New York Jets, with sophomore J.J. Taylor, who didn’t play in the opener, taking his place on the gameday roster.

White, a captain, was asked Thursday what his message for Stevenson has been.

“A lot of us in the running back room, currently, kind of have been through similar situations,” the 29-year-old said. “I tell him, ‘Just keep practicing hard, when your opportunity comes you just have to be ready to show the coaches you can do it in practice. And, at some point, I’m sure we’re gonna need you during the season, so you just gotta be ready.’ “

“He’s been working really hard in practice,” White said. “He gets a lot of reps out there, even though he may not be playing, just pushing himself to be the best player he can be.”

White certainly can lead with his words, but he also could let his actions speak for themselves.

The veteran back, who struggled last season, has rebounded in a major way in 2021, racking up 126 all-purpose yards and one touchdown reception through two games.

As so often has been the case throughout his New England career, White’s value has gone well outside the box score. 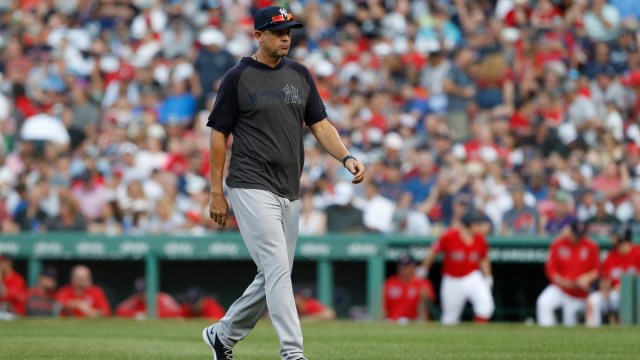