Damien Harris has a promising future, but he can’t do everything. And the third-year running back hasn’t been especially durable during his young NFL career.

So, a two-back system, something that’s become popular across the NFL, would make sense for the Patriots this season, right?

Yes, and New England clearly feels the same way. The Patriots seemingly entered Sunday’s game against the Miami Dolphins prepared to use Harris and talented rookie Rhamondre Stevenson as a tandem, with Harris receiving the lion’s share of the carries. James White would serve in passing and third-down situations, with Brandon Bolden mostly used on special teams.

That’s fine. You could nitpick the decision to make J.J. Taylor inactive after his impressive preseason, but someone had to sit.

Here’s the problem: The Patriots abandoned that strategy entirely once Stevenson fumbled (well, it wasn’t really a fumble) in the first quarter. You could argue the subsequent over-using of Harris resulted in late-game fatigue that led to his game-changing fumble.

The Patriots were scared of playing Stevenson because of his fumble, and the once-loaded backfield essentially morphed into a ton of Harris, some White and barely any Bolden. That’s not sustainable.

Consequently, it’s impossible not to wonder how things would look if Sony Michel were in town. Of course, New England traded the 2018 first-round pick to the Los Angeles Rams during the preseason.

Would the presence of Michel help the Patriots form a dynamic duo akin to what the New Orleans Saints once had with Alvin Kamara and Mark Ingram? No, because Michel’s not that kind of player. He’s a good-not-great runner who largely takes what the blocking gives him.

He also has good ball security (only two fumbles after putting one on the ground in his sixth career game) and is playoff-tested. Oh, and his contract — $1.7 million salary this season — is totally manageable.

Michel, 26, is an affordable, dependable player whom you know what to expect from — for better or for worse. In many ways, he would be the perfect backup Patriots running back.

(Note: The compensation the Patriots received from the Rams likely is better than what they would’ve garnered as a compensatory pick had Michel stayed and left in free agency next spring.)

Instead, this is how the Patriots now are backing up Harris:

Now, we’re fine with this backfield, as Stevenson looks like a real talent who deserves to play right away, and Taylor has shown a lot of promise. That the Patriots traded Michel, rostered Taylor and played Stevenson in the opener indicates they agree.

But if they ditch Stevenson? Suddenly, you’re backing up Harris with a couple of small backs who, while undeniably talented, aren’t built to handle a traditional tandem-back workload. And what if Harris gets hurt? What would New England do then?

We’ll find out Sunday afternoon, when the Patriots visit the New York Jets, whether Stevenson is in the doghouse. However, we expect the rookie to receive the sideline treatment for no more than one game, if at all. Because here’s the thing: The Patriots currently don’t have any other choice — this is the backfield they chose.

As for the roster ramifications had Michel stayed in New England, the Patriots would have been forced into a difficult decision. Assuming Taylor was a lock to make the roster, New England essentially would have decided between White and Bolden. Your guess as to who they would’ve picked is as good as ours.

(Or Belichick could’ve cut bait with two aging veterans like he always used to do, but that’s a different rabbit hole.)

Ultimately, the decision to trade Michel was the right one, provided the Patriots are willing to stick with Stevenson through his growing pains. If they’re not, then there really was no point in making the deal. 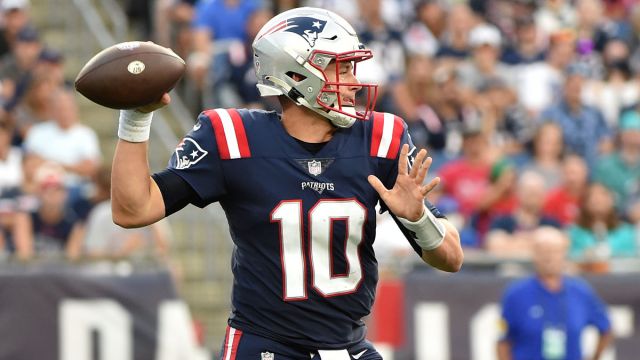 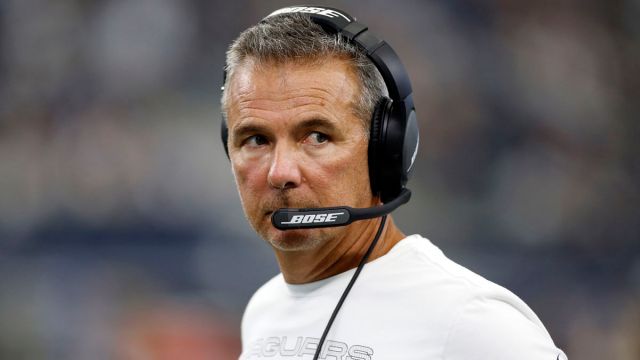