The Boston Red Sox broke out the bats in the eighth inning and it led them to a 8-4 victory over the host Seattle Mariners at T-Mobile Park on Tuesday night.

Boston, who now sits in a three-way tie for the American League Wild Card, improves to 82-65 on the season while Seattle falls to 78-67 with the loss.

ONE BIG TAKEAWAY
The Red Sox put together a much-needed rally during the eighth inning, scoring five runs on three hits with a pair of walks and one hit batter, and it propelled Boston to victory. Kyle Schwarber came away with a pinch-hit double to deep right field to drive in three runs and break open a previously-tied contest. Schwarber’s hit gave Boston a 5-2 lead with one out in the inning. It scored Xander Bogaerts (lead-off triple), Rafael Devers (walk) and Travis Shaw (walk). Alex Verdugo stepped to the plate immediately after Schwarber and cleared the bases with a two-run homer to provide some added insurance.

Boston brought nine batters to the plate in the eighth inning and benefitted from three extra-base hits. The Red Sox held a 7-2 lead entering the ninth inning.

STARS OF THE GAME
— Alex Verdugo not only came away with Boston’s third home run of the game, but was one of three Red Sox batters (Bogaerts, J.D. Martinez) to record multiple hits. Verdugo finished 2-for-4 with a pair of RBIs and one run scored.

— Nathan Eovaldi allowed just one earned run in five innings during the start. The hard-throwing right-hander struck out nine batters and allowed five hits with one walk. Eovaldi, who threw 66 of his 95 pitches for strikes, saw his pitch count jump after a prolonged fourth frame which featured a fly ball error by Hunter Renfroe. He stranded runners on first and second and, ultimately, saved Boston from a situation that could have been much worse.
— Bobby Dalbec returned to the lineup and continued his hot streak at the plate with a game-tying home run in the sixth inning. Dalbec, who now has two homers in his last four games, finished the game 1-for-3 at the plate.

WAGER WATCH
If you were confident Red Sox designated hitter J.D. Martinez would hit his first home run since Sept. 5, that confidence paid off… literally. Martinez, who blasted one to deep center in the fourth inning, was +350 to hit a homer Tuesday, according to DraftKings Sportsbook. It means a $100 bet would have made you $350 richer.

ON DECK AT NESN
The Red Sox will return to T-Mobile Park in Seattle for the third and final game of the series Wednesday. First pitch is scheduled for 4:10 p.m. ET, and you can watch it live on NESN. 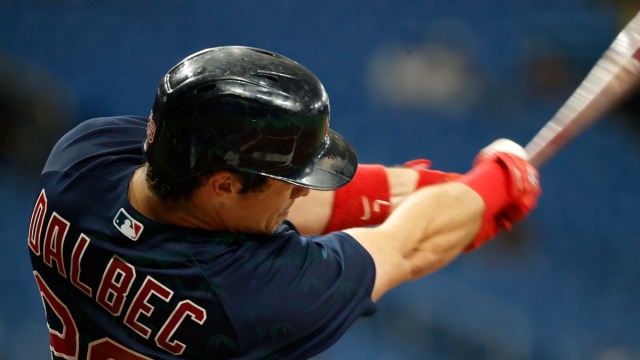 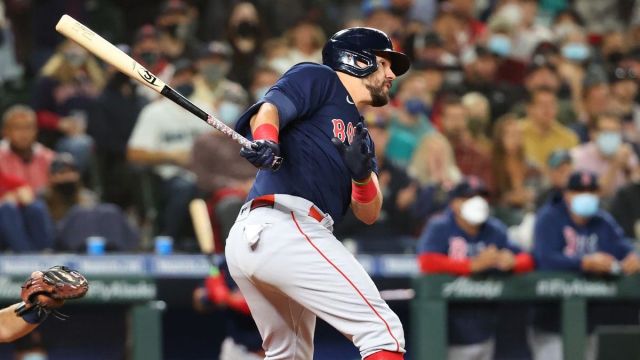