The New England Patriots have many, many problems. Way down on the list is their quarterback.

But maybe Jimmy Garoppolo is the answer?

Of course not, but that was the subject of a downright bizarre tweet from ProFootballTalk’s Mike Florio during the Green Bay Packers’ win over Garoppolo and the San Francisco 49ers on “Sunday Night Football.”

Among the Patriots’ problems on offense right now include an offensive line that is an absolute sieve, a highly paid tight end who can’t do anything right at the moment and an offensive coordinator who refuses to let Mac Jones throw the ball in the red zone.

Garoppolo would solve precisely zero of those problems. Further, what message does it send to the Patriots rookie, whom they used a first-round pick less than six months ago, if they traded for an established veteran to breathe down his neck as a backup or outright take the starting job. If the Patriots were fearful of Cam Newton being a distraction as a backup, you better believe they’d be urinating down their leg at the thought of bringing Garoppolo, of all people, back to Foxboro.

So, no, we disagree with the notion that this would be a perfect week for the 49ers to trade Garoppolo back to the Patriots. 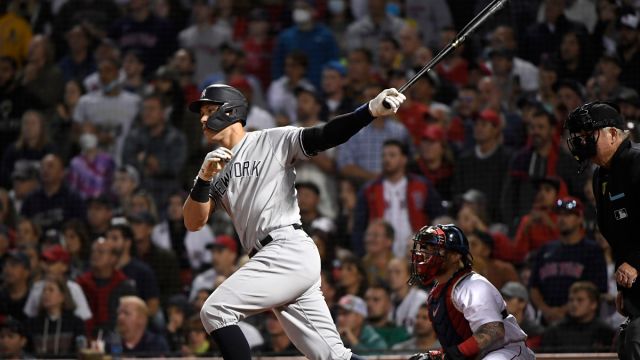