The New England Patriots lost to the New Orleans Saints 28-13 on Sunday. Here are six things we learned in that Week 3 contest at Gillette Stadium:

1. The Patriots still can’t score
This was the Patriots’ third game of the season. They’ve scored four total touchdowns: one in Week 1, two in Week 2 and one in Week 3. Sunday’s score — a 22-yard touchdown pass from Mac Jones to Kendrick Bourne — came on New England’s second-to-last possession. The Patriots had three other drives that reached New Orleans’ 25-, 22- and 8-yard lines and got six total points out of those. They’re a woeful 2-for-8 in the red zone on the season, the worst mark in the NFL.

The Patriots aren’t not going anywhere if their offense can’t start finding the end zone. And one touchdown assuredly will not be enough next Sunday when Tom Brady and the high-octane Tampa Bay Buccaneers come to town.

2. The offensive line still is a mess
A major contributing factor to these offensive struggles has been New England’s play up front. Jones was under siege yet again Sunday, absorbing two sacks and 11 quarterback hits, including three by stud defensive end Cameron Jordan. Seven of those hits were in the first half, and three came on consecutive plays, with the third forcing a wobbly throw that was intercepted and returned to the Patriots’ 9-yard line.

The Patriots again were without starting right tackle Trent Brown, who’s played just seven snaps all season due to a calf injury. Their O-line troubles can’t be solely blamed on any one position, but getting back Brown, who practiced in a limited capacity last week, should help. The Patriots had better hope it does. Because at this rate, Jones won’t make it through the year in one piece.

3. James White’s injury is huge
It’s unclear how long White’s hip injury will sideline him, but he was carted off the field and ruled out within minutes — both ominous signs for the injured player. It’s a gut punch for White, who’d looked like his old self this month, and a giant blow to the Patriots’ offense. Not only did White enter Sunday as New England’s leader in catches and receiving yards, but he also seems to be the only running back in the regular rotation that the team trusts in pass protection.

Lead back Damien Harris allowed a first-half sack and spent most of the second half on the sideline when the score forced the Patriots to pass more. J.J. Taylor saw a relatively small workload despite White’s injury. Rookie Rhamondre Stevenson was a healthy scratch for the second straight game and struggled mightily in blitz pickup in Week 1. Most of White’s snaps went to special teams-focused veteran Brandon Bolden, who finished with three carries for minus-1 yard and wasn’t targeted in the passing game until the final two minutes. (Those Bolden runs were questionable play-calling by coordinator Josh McDaniels.)

We’ll see if the Patriots look to add another back if White’s injury proves serious, but there are real questions about this current group’s ability to replicate his skill set.

4. There won’t be any more complaints about Mac Jones not throwing deep
Scrutinized all week for his and McDaniels’ conservative approach, Jones went bombs-away against the Saints, attempting 12 passes of 20-plus yards, according to NFL Next Gen Stats.

The results? Not great.

The rookie QB was much more successful on shorter throws Sunday, going 24-for-28 on passes within 10 yards of the line of scrimmage. One of those incompletions was a Jonnu Smith drop that was intercepted by Malcolm Jenkins and returned for a touchdown.

5. The defense has trouble closing
Overall, the numbers paint a respectable picture for the Patriots’ defense. They’ve allowed 17, six and 21 points through three games, with New Orleans’ other score coming on the aforementioned pick-six. After some early-game issues — most notably leaving Alvin Kamara wide open on the game’s first touchdown — they had the Saints stuck in neutral for much of the second half, holding Jameis Winston and Co. to just 7 total yards and 0.6 yards per play over their first three drives after halftime.

But when Bourne scored to cut New England’s deficit to eight with 9:22 to play, the Patriots’ D couldn’t get the stop it needed. The Saints responded with a marathon drive that drained 6:45 off the clock, featured two third-down conversions and culminated in a Taysom Hill touchdown run that put the game away. It was a rerun of New England’s season opener when the Miami Dolphins were able to run out the final four-plus minutes after Harris’ late-game fumble.

We also saw some odd defensive rotations Sunday, with practice squad call-up Jahlani Tavai playing over Dont’a Hightower at times and Ja’Whaun Bentley seemingly getting benched in the second half. (UPDATE: Head coach Bill Belichick on Monday said Bentley was dealing with an injury, though the team did not announce one during the game.)

One defensive standout was edge rusher Matt Judon, who had 2 1/2 sacks.

6. The special teams look very un-Patriot-like
… except for kicker Nick Folk, who went 2-for-2 on field goals to extend his franchise-record streak of consecutive makes to 35. Beyond that, the Patriots continued to make uncharacteristic mistakes in the kicking game.

Jake Bailey sent a kickoff out of bounds for the second straight game, got a punt blocked and had two punts bounce in the end zone for touchdowns. Bailey, a first-team All-Pro a year ago has three touchbacks through three games after recording five all last season. He hasn’t had more than six in a season in his NFL career. 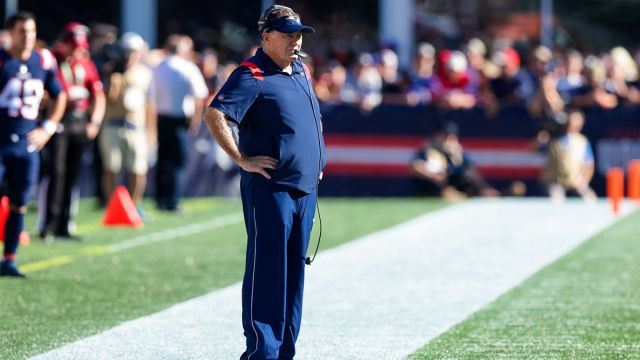 Bill Belichick Opens Up About His Relationship With Tom Brady 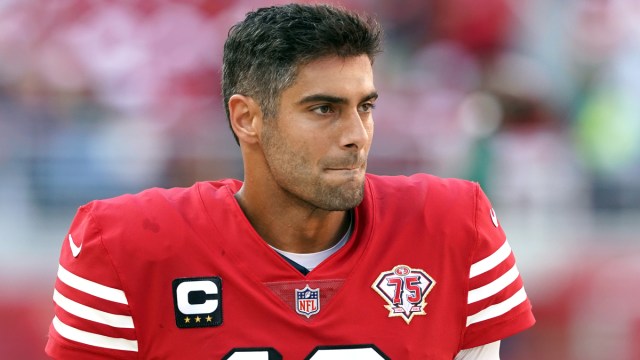