Who Knew Bill Belichick Hates Patriots' All-Blue Uniforms So Much? Skip to content

Bill Belichick is a man who knows what he likes and dislikes, and when he really dislikes something, the whole team knows it.

The New England Patriots head coach probably wouldn’t stand at the podium and tell reporters his true feelings on things that don’t pertain to the game or the next opponent. But apparently that’s quite a different story in the locker room.

Such is the case when it came to the all-blue uniforms the Patriots first donned back in the day.

Chad Brown, who had two stints with the Patriots in 2005 and 2007, and former Pats tight end Christian Fauria shared Belichick’s hatred toward the uniforms with The Athletic in a piece that revealed the coach’s often-overlooked humorous side.

Brown: I think the year before I got there in 2004, they went with the all-blue uniforms. Blue pants and blue jerseys.

Fauria: We lost to Denver. I remember him kind of rambling off all those things and it was so passive-aggressive, “You guys think you’re so smart. That really worked. Whose (expletive) bright idea was this?”

Brown: I think he was still bringing this up in 2007: “We played like crap, we didn’t do this, we did this terribly, but at least it wasn’t as (expletive) bad as that all-blue uniform night.” Even in the midst of him going off and having a rant, there’s a sarcastic funny comment in there that catches your attention.

What we need to know is if he’d be on board for the red uniforms the Patriots used to wear.

At the end of the day, it seems like Belichick really can hold a grudge, and now we know how he probably feels every time the Patriots take the field in their current all-blue outfits. 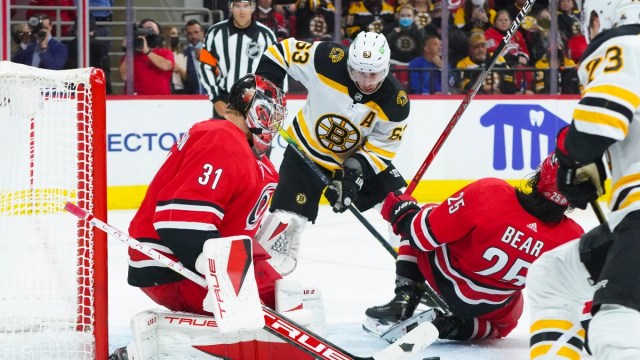 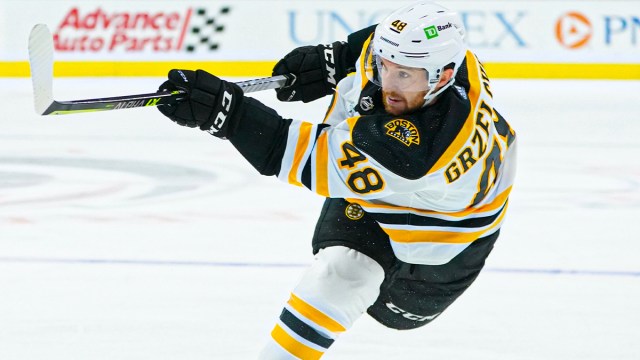