Bill Belichick has taken Patriots teams of all shapes and sizes to great heights over the past two decades.

It remains to be seen just how far this New England club will go, but Rex Ryan already has seen enough to give Belichick exceptionally his praise for his latest body of work.

“Bill Belichick, this is his best job he’s ever done coaching,” Ryan said Monday on ESPN’s “Get Up,” as transcribed by WEEI. “It’s not just, by the way, all coaching. It was what he (did) in the offseason that makes Belichick different. He put in 160-something million dollars. We’ve seen (Matthew) Judon. This defense is doing great because of having Judon in there. You get Kendrick Bourne who’s finally showing up. Where the hell did he come from? That was a free-agent signing. Hunter Henry, he’s playing like the tight end everybody thought he could be.”

Belichick certainly has risen to the occasion this season. After a slow start to the campaign, the Patriots have rounded into form on both sides of the ball and are starting to look like one of the most dangerous teams in the AFC. Mind you, this is all happening while Belichick and Co. help Mac Jones navigate through his first NFL season.

Of course, banners aren’t hung in Foxboro for win streaks and playoff berths. In order to add some legitimacy to Ryan’s take, Belichick needs to lead the Patriots through a strong second half of the regular season and deep into January. 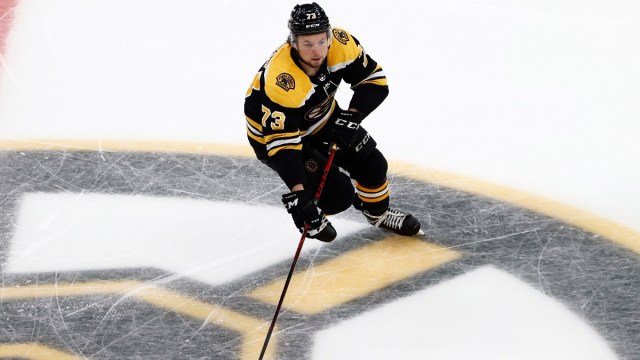 Projecting 2022 Red Sox Rotation: No Shortage Of Options For Boston