Projecting 2022 Red Sox Rotation: No Shortage Of Options For Boston Skip to content

The range of outcomes for the Boston Red Sox rotation in 2022 feels like it could be pretty extreme.

There’s certainly a world in which Boston’s proven, veteran starters mesh well with the younger arms looking to take the next step and the Sox remain in contention behind one of the best rotations in baseball. But calamity also seems like it’s on the table, as those veteran starters also have injury and durability concerns, while we’ve yet to see the young guns do it consistently for a full season. Or, in the case of some, we haven’t seen it in a big league rotation at all.

That uncertainty makes projecting an Opening Day rotation difficult. We do know, however, Eduardo Rodriguez won’t be involved; he’s reportedly on his way to Detroit after agreeing to a deal with the Tigers.

The loss of Rodriguez could hurt, but the Red Sox do have some capable internal options for Alex Cora to fill out his rotation. That being said, there are a lot of options for the Sox to go outside the organization to build (and improve) the rotation in 2022.

Here’s how they could build the rotation:

This is the cheapest, simplest (and perhaps most dangerous) way to build the rotation, and it speaks to the potential volatility of the staff. Sale, in his first full season back from Tommy John surgery, should be better and capable of working deeper into games. Eovaldi also proved last year his ceiling is that of an All-Star. The trio of Pivetta, Whitlock and Houck has some untapped potential and all were called on to get massive outs in the playoffs. Pivetta is a lock, but the other two are up in the air. Cora has hinted at moving Whitlock to the rotation, but he’s never done it at this level before, and the obsession with Houck’s effectiveness as he goes through the order multiple times is noteworthy. In a perfect world, this is the rotation Boston breaks camp with and keeps for most of the season, although that feels unlikely.

There are definitely free-agent options for Chaim Bloom and the Red Sox to explore, but trading for a cost-controlled starter might be the more prudent play. The Oakland Athletics sound like they’re once again ready to sell, which benefits a team like the Red Sox. Much of Bloom’s tenure has been spent gathering chips, and at some point, he’s going to start cashing them in. Doing so to acquire a pitcher like Montas or Chris Bassitt or Sean Manaea would improve the rotation and give the Sox a more realistic, cost-effective chance to also build for the future by extending one of these pitchers. The Cincinnati Reds also should be on speed dial at the Jersey Street offices. As for Montas himself, he’s cheap (roughly $5 million) and has flashed great stuff at points in his career. But it could just as easily be another high-upside arm who can be acquired from a rebuilding team for prospects.

Let’s get weird, right? You might be wondering why Boston would let Rodriguez walk only to turn around and commit more than $20 million per season to an aging pitcher like Scherzer or Verlander. It’s a fair question, but what if it was the length of Rodriguez’s pact that prompted Boston to get up from the table? If that’s the case, Scherzer or Verlander obviously would have to sign for a short-term deal as they’re both older. But if Boston could make that happen, it would go a long way in solidifying the top of the rotation. Scherzer is the more attractive option right now, too, because he’s better than Verlander, and he doesn’t require draft pick compensation because he was traded during the season.

This is just one example of a potential hybrid approach including internal options, trade and free agency. It’s also the most realistic way to roster build, especially for someone like Bloom who is very open about exploring each and every option to improve. We already mentioned Montas, and we’ve got him back in this scenario. Rounding out the rotation is Matz, who has battled injuries and inconsistency after looking like one of the best young left-handers in the game early in his career. The 30-year-old definitely fill the void left by Rodriguez, as Matz logged at least 150 innings in the last three full (non-COVID) seasons. Unsurprisingly, the Red Sox have been mentioned as a potential landing spot.

No matter what the Red Sox do — especially if they aren’t buying into Whitlock and Houck as rotation fixtures — they’re probably going to have to add depth pieces. For that reason, a Garrett Richards reunion might be on the table and/or a free agent on the cheaper side like Anthony DeSclafani on a short contract. 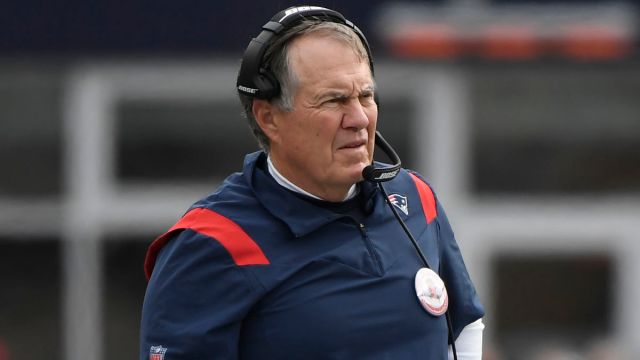 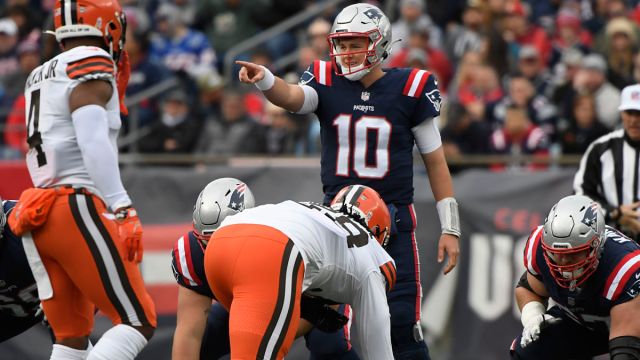 Is Stephen A. Smith Right In Calling Patriots Most ‘Dangerous’ AFC Team?