At this point, the NFL’s Offensive Rookie of the Year Award might be Mac Jones’ to lose.

(On the defensive side, the same probably can be said for Dallas Cowboys linebacker Micah Parsons.)

That’s not to say Jones has been the clear-cut top offensive rookie this season. You could make compelling cases for Los Angeles Chargers tackle Rashawn Slater and Kansas City Chiefs center Creed Humphrey. However, since the award’s inception in 1967, only quarterbacks, wide receivers and running backs have taken home the hardware.

But the New England Patriots quarterback, who was taken with the 15th pick in the 2021 NFL Draft, would deserve the award if the season ended after Week 12.

Jones has led the Patriots to six straight wins and an 8-4 record. The Alabama product has completed 70.3% of his passes for 2,850 yards and 16 touchdowns to go along with eight interceptions. He currently is the seventh-ranked signal-caller at Pro Football Focus, sandwiched between Dak Prescott and Aaron Rodgers.

Consider this: Jones’ “worst” game of the season was a 310-yard, two-touchdown and zero-interception effort in New England’s 36-13 win over the Tennessee Titans on Sunday. That’s an absurdly high floor for a rookie quarterback.

He also benefits from circumstances, both his own (New England is an ideal landing spot for a rookie quarterback) and those of his peers.

Running backs account for the vast majority of NFL Offensive Rookie of the Year Awards, but no freshman backs warrant consideration this season. Pittsburgh Steelers rookie Najee Harris is the closest, but he’s been more of a workhorse than a true difference-maker.

Quarterbacks have accounted for 10 OROTY awards, with receivers ranking third with nine. No wideout has won the awards since Odell Beckham Jr. did so in 2014, and only three have earned the honor in the 21st century. Cincinnati Bengals rookie Ja’Marr Chase looked like a strong contender a month ago (107.7 yards per game in his first seven contests) but has failed to top 49 yards in each of his last four games.

So, with offensive linemen, tight ends and fullbacks having virtually zero chance of winning the award, Jones has no legitimate challengers — for now.

With all that said, here are our current NFL Offensive Rookie of the Year rankings:

Mac Jones, QB (Patirots)
If style points and gaudy numbers weren’t the factors they clearly are, you could argue that Jones currently deserves AFC Pro Bowl roster consideration. Joe Burrow and Justin Herbert are obvious selections, but the third spot warrants real debate. Patrick Mahomes likely will get it based on reputation, but he really hasn’t been that good this season.

That this is even a conversation further proves’ Jones’ standing as the top offensive rookie.

Ja’Marr Chase, WR (Bengals)
The LSU product has faded in the second half, but his peak was something to behold. From Weeks 5 through 7, Chase racked up a ridiculous 18 catches, 457 yards and two touchdowns. He’s a star and could form a dynamic duo with Burrow for years to come.

Rashawn Slater, OT (Chargers)
Slater was the 13th overall pick in the draft and has justified the selection. The Northwestern product currently ranks as the 10th-highest tackle at PFF and has played at a Pro Bowl-caliber level for much of the season. Slater has proven to be a home-run pick for the Chargers.

Creed Humphrey, C (Chiefs)
The 63rd pick in the draft, Humphrey has been one of the few bright spots on Kansas City’s iffy offensive line. Humphrey currently is PFF’s top-graded center. Enough said.

Kyle Pitts, TE (Atlanta Falcons)
Miami Dolphins receiver Jaylen Waddle and Philadelphia Eagles wideout DeVonta Smith both deserve consideration, but Pitts has been the superior player this season. The fourth overall pick averaged 5.2 receptions and 78.5 yards per game with one touchdown over his first six contests, establishing himself as one of the most dynamic tight ends in football. However, with star receiver Calvin Ridley out of the lineup, Pitts has seen more attention from opposing defenses, resulting in decreased production. Over his last five games, the Florida product has averaged 2.8 receptions and 38 yards with zero touchdowns. 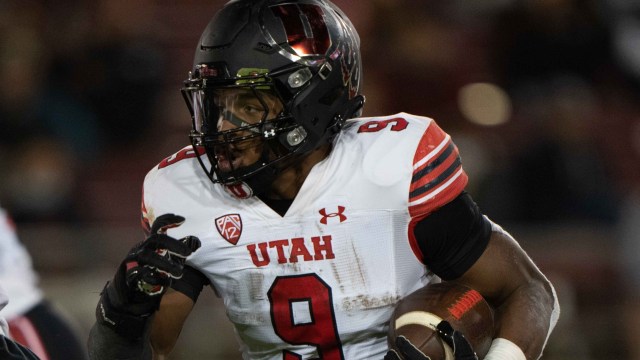 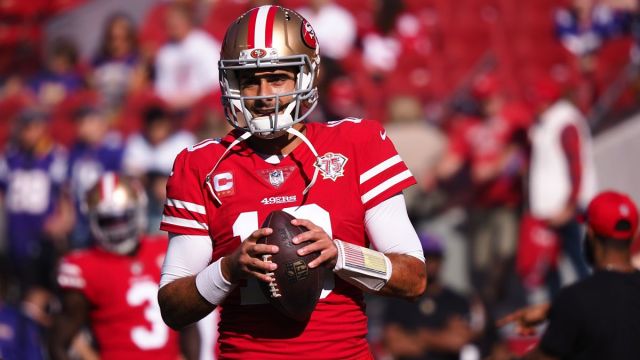